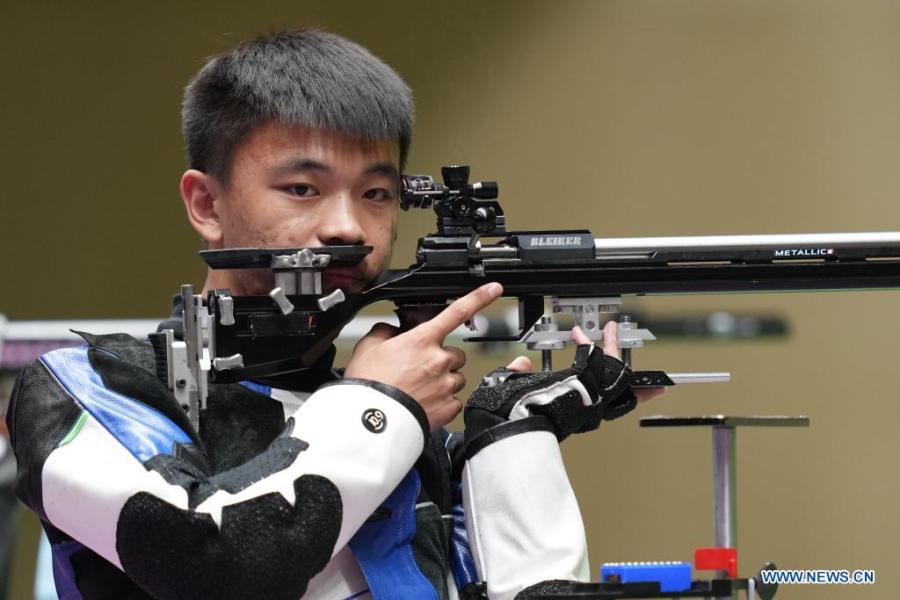 Standing on top of the Olympic podium is a dream-comes-true moment for Chinese shooter Zhang Changhong. And it was not only a dream of his own.

Zhang broke the world record to win the men's 50m rifle 3 positions in his Olympic debut here on Monday, winning the fourth gold for the Chinese shooting squad in Tokyo.

"Very excited," Zhang described his feelings afterward, adding that he was too nervous to come up with more words.

"I didn't expect to win gold actually, I just hoped to give my best," he recalled.

Surprising as it was, the youngster seemed to have more potential to tap into given that he made a sub-par 8.5 shot in the standing position, before he quickly stabilized himself and clinched the victory.

However, the 'Generation Z' shooter explained he never thought of the record, but instead "trying to achieve a good score for every single shot."

Apart from expressing gratitude for his parents, Zhang delivered a special message to his coach in Shandong team, Song Jingnan, who was not able to compete in an Olympic Games as an athlete.

"I remember coach Song once said in an interview that she had an Olympic dream, and I have always kept it in my heart. Now I want to say to her, 'our dream has come true,'" he said.

Zhang started professional training as a race walker at an early age. He switched to shooting in 2014 when he was selected by the sports school in his hometown of Yantai. It was Song who identified the talent inside the 14-year-old boy at the time.

"Probably because I am even-tempered and hard working," he recalled. "Personally I like shooting, so I decided to make the change."

It took him only three years to begin representing China on international stage where he placed 62nd in the 50m rifle 3 positions at the 2017 Junior World Championships. He later encountered another important figure behind his success - his national team coach and former Olympic champion Du Li.

"Absolutely, without her I wouldn't have gotten this result. She helped me not only with my technique, but with everything in my life, like the mental aspect and many other daily things."

For Du, this is her first Olympic Games as a coach, and the two-time Olympic gold medalist was equally, if not more excited than her disciple.

"I never thought of one day my shooter could step on top of the podium. It felt different. I didn't need to contain my emotions like I did as an athlete," said the 39-year-old, who gave Zhang a big hug after his victory at Asaka Shooting Range.

As all shooting competitions concluded on Monday, Zhang will have enough time to enjoy his maiden Olympic title and a long-awaited vacation after a period of long and boring training behind closed-doors in the lead up to Tokyo.

"I miss the steamed buns with pork rib stuffings my mom always makes for me," the young gun said. 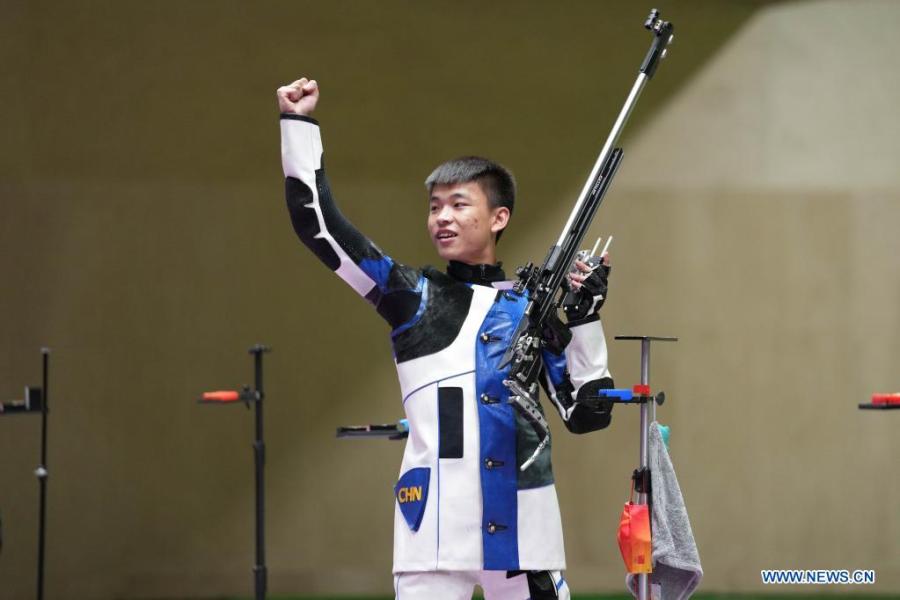