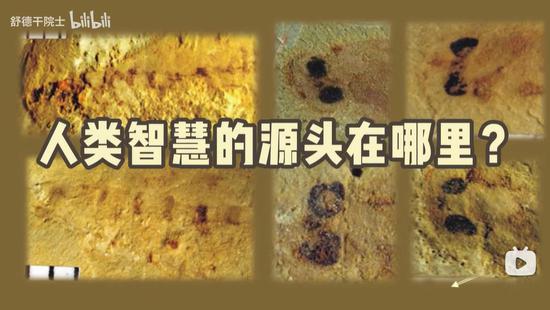 (ECNS) -- Academics at the Chinese Academy of Sciences (CAS) are very popular among the public for their interesting online science activities.

What’s the secret of biological evolution? Why can’t seawater extinguish submarine volcanos? Many scientific questions have been explained clearly through their science popularization videos of about five to six minutes.

Liu Jiqi, an academician from the Institute of Geology and Geophysics at CAS, who is over 80 years old, now has nearly 300 thousand followers on Chinese video platform of bilibili since opening an account less than one year ago.

“It is cheerful to see the young people learn science using fragmented knowledge and my videos are popular,” said Liu Jiqai.

Liu has been engaged in earth science research for decades. He said he is glad to spread his knowledge to more people.

Shu Degan has uploaded 15 videos since June 2022 when he opened his account, and since August, has been updating videos twice a week.

“I’ve done some work for science, but at my age, I found it is more important to pass on the ‘science gene’ to young people and set up a sustainable scientific research team,” said Shu.

“I want to clean up all barriers for excellent science popularization work,” Shu added.

As for Pu, he has made up his mind to do online science popularization and enable more netizens to learn scientific knowledge.

“If young people can cultivate scientific thinking after watching my videos, it will be a great success,” said Pu.