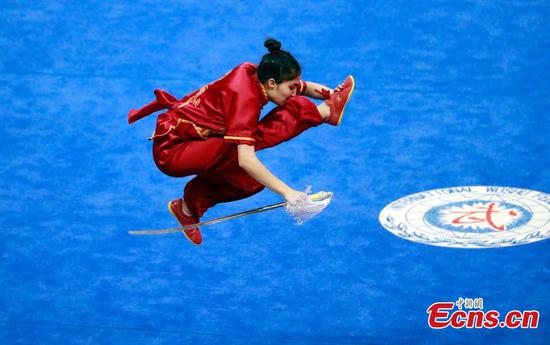 (ECNS) -- The Chinese martial art of Wushu has been added to the sports events of the 4th Youth Olympic Games, said the International Olympic Committee in Lausanne, Switzerland on Wednesday.

It is the first time that Wushu will be officially included in Olympic competition.

A total of 48 athletes from across the world will compete in four Wushu events at the 2022 Dakar Youth Olympic Games.

The number of competition events will reach 35 after the inclusion of Wushu and baseball5, along with breaking, skateboarding, sport climbing, surfing and karate, which were approved in December.

The 4th Youth Olympic Games will be held in Senegal's capital Dakar in October 2022.