Tesla Shanghai to roll out cars by year end 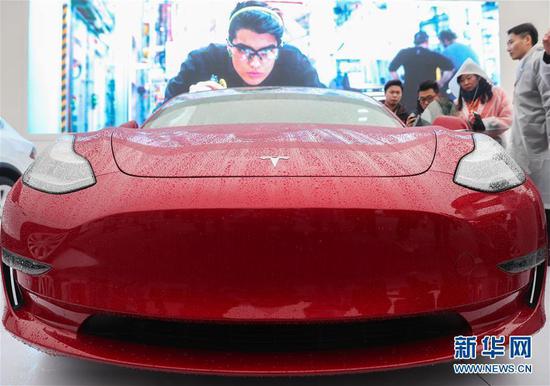 (ECNS) -- Tesla's Global Vice President Tao Lin said on Tuesday that construction of its Shanghai factory is mostly complete, with possible car delivery by the end of this year.

The new plant, Tesla's first outside the United States, is located in the Lingang Area, a modern manufacturing park on the southeast harbor of Shanghai. It is expected to have a capacity of 500,000 electric cars annually.

Production equipment has been transported to the factory, with installation and debugging going smoothly, along with some innovation made in the process, said Tao.

With an investment of more than 50 billion yuan ($7 billion), the Tesla factory is the largest foreign-invested manufacturing project in Shanghai's history and the first following 100 new initiatives by the metropolis to further open up.

Tao said Tesla is both a car manufacturer and high technology company that will bring resources to optimize the industrial structure of Lingang Area, officially unveiled as part of the China (Shanghai) Pilot Free Trade Zone on Tuesday.

She added that innovative ideas can be piloted in Lingang to support the company’s efforts in technology breakthroughs or experiments with new business models.