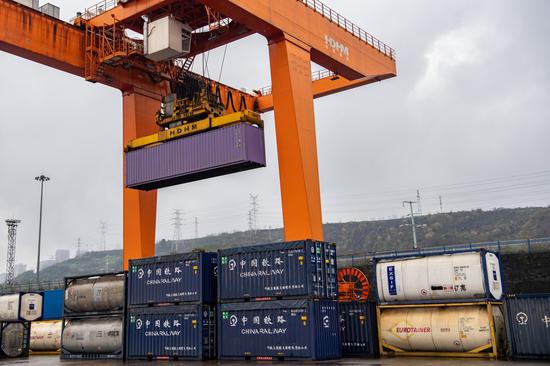 The new route from the inland port along the Yangtze River to Yangon also links Chongqing with the Indian Ocean. It comes under the framework of the New International Land-Sea Trade Corridor, a trade and logistics passage jointly built by western Chinese provinces and Singapore.

The new transport service offers another quick passage from western China to the Indian Ocean, said Wang Yupei, chairman of the corridor operator.

Compared with traditional logistics routes that extend to eastern coastal cities via the Yangtze River and then to the sea, the new route can save over 20 days on the way.

By the end of 2021, destinations that can be reached via the New International Land-Sea Trade Corridor had been expanded to 315 ports in 107 countries and regions worldwide.