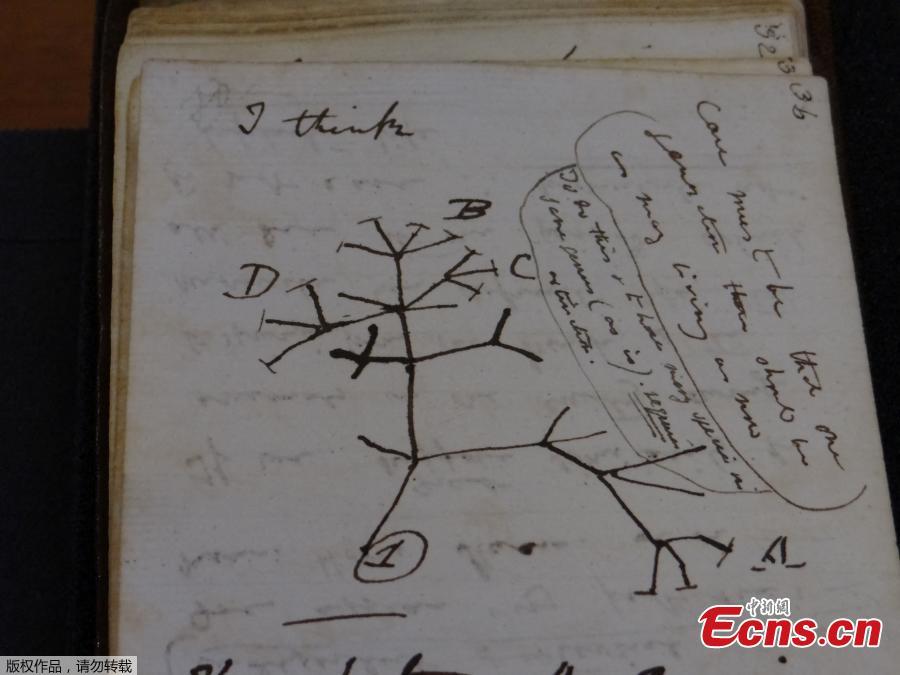 Photo shows the 1837 "Tree of Life" sketch on a page from one of the lost notebooks of British scientist Charles Darwin. (Photo/Agencies)

Two of Charles Darwin's notebooks, containing his pioneering ideas on evolution and his famous "Tree of Life" sketch, have been returned anonymously to Cambridge University Library after they went missing 21 years ago. 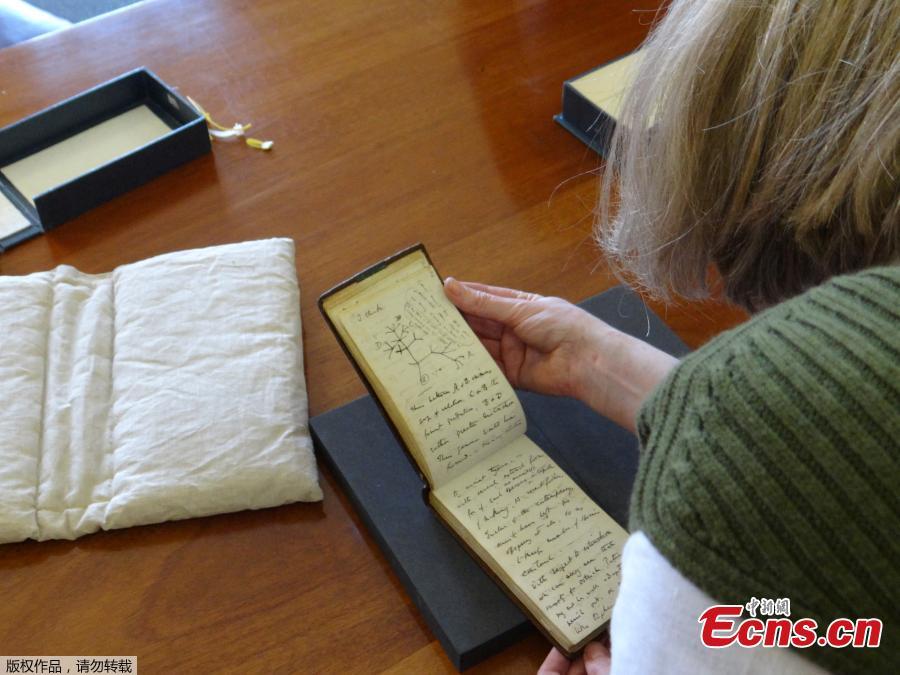 Photo provided by Cambridge University Library on April 5, 2022 shows Dr Jessica Gardner looks at the Tree of Life Sketch in one of naturalist Charles Darwin's notebook which have recently been returned after going missing in 2001, in Cambridge, UK. (Photo/Agencies) 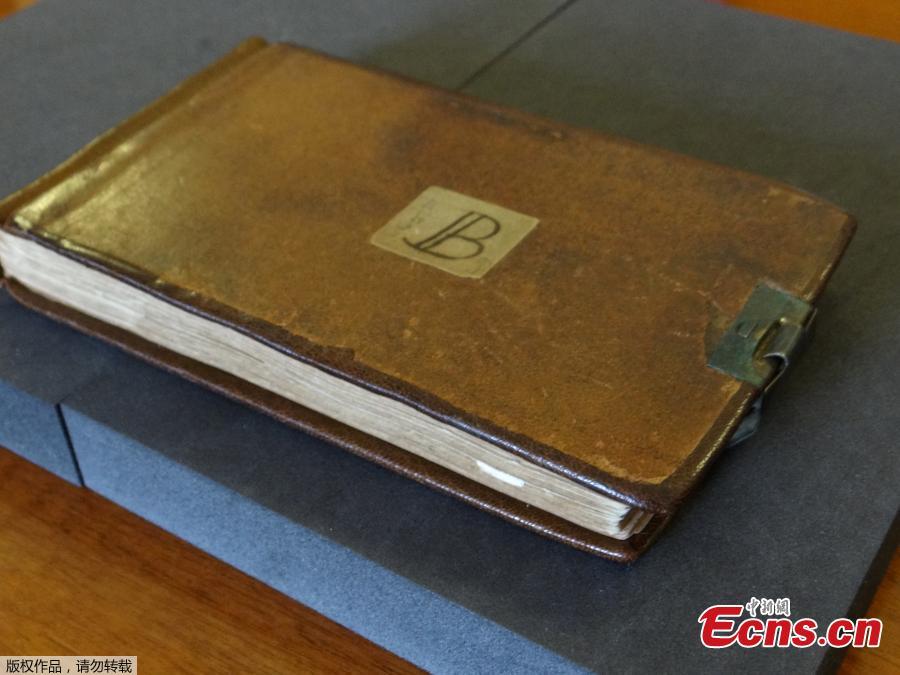 Photo shows one of the leather-bound notebooks which has recently been returned after going missing in 2001. (Photo/Agencies)