Teaching world what smart learning is 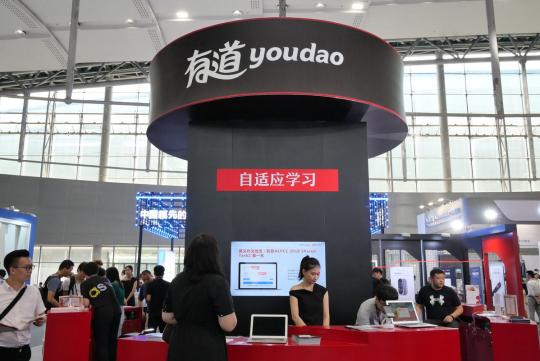 Youdao Inc stays the overseas course in online education despite ban in India, one of its key markets

Companies in China's online education sector such as Youdao Inc are further expanding their foreign footprint this year despite the COVID-19 challenges and potential operational risks in some economies.

Liu Renlei, senior vice-president of Youdao Inc, said its U-Dictionary, a popular language learning and translation app, will beef up its presence in Southeast Asia as well as the Middle East and North Africa this year.

"The app, which surpassed Google Translate in some foreign markets, has gained overseas momentum with a total 100 million installations and 1.8 million active users by September last year," he said.

Youdao also climbed the ranks to become one of the top three apps in the Google Play education category in Indonesia, Pakistan, the United Arab Emirates and Colombia, Liu said.

"We are also seeing strong demand from the Southeast Asian market, as the region has a vast number of young users who are eager to learn and improve English."

U-Dictionary mainly enables translation between English and 108 languages and is used in more than 100 countries and regions, he said.

"We have even covered languages that have not been covered by Google Translate yet, such as Assamese and Odia, two local languages in India. In addition, we also provide abundant language learning content," Liu said.

He said the app comes with several technology-enabled functions. The magic translate, for instance, allows users to simply press a floating bubble on the sentence to see the translation after copying the text while browsing, messaging or using any other apps.

Youdao exemplifies Chinese online education companies that have found success both at home and abroad. Booming demand for services that can help study-at-home students whose formal education has been disrupted by COVID-19-related lockdowns, has helped online learning firms to grow rapidly in the domestic market. This, in turn, is now propelling them in global markets, where similar situations have spawned a need for online learning platforms.

Some 56 countries and regions have closed schools temporarily due to the pandemic. UNESCO estimated that some 850 million young students across the world would find their academic schedules disrupted due to the impact of COVID-19.

The global body recently recommended dozens of online education apps or platforms. Several Chinese platforms such as Alibaba's remote conference platform DingTalk, ByteDance's Feishu, and NetDragon Websoft's Edmodo not only figured in the list but overshadowed others.

Xiong Li, CEO of NetDragon Websoft, said the company will continue to expand its business this year. It opened a new branch in foreign markets last year. "We have already signed new contracts with educational authorities from the United States and Thailand."

The Fuzhou, Fujian province-based company has developed and launched a string of integrated educational devices, including smart boards and panels as well as feedback and evaluation systems. Many of its products and services serve public schools and governments.