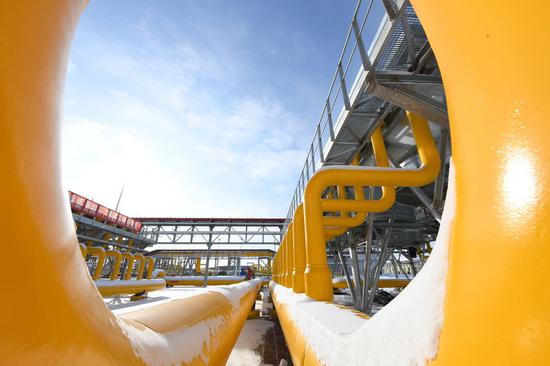 China aims to raise the use of natural gas to 10 percent of the country's energy mix by 2020 and 15 percent by 2030, according to the National Development and Reform Commission.

"This will effectively optimize the country's energy consumption structure, mitigate air pollution along the route and keep our skies blue," Sun said.

The project is a successful example of China's practice of the concept of "mutual benefit and win-win" in international cooperation, and it combines the advantages of Russia's abundant resources and China's vast market, said Ma Youjun, an expert with the Heilongjiang Provincial Academy of Social Sciences.

It will also boost the development of Russia's Far East, according to Ma.