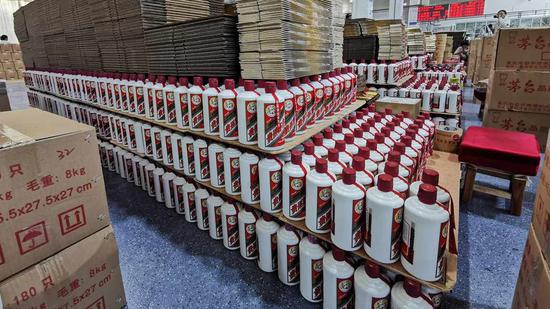 Kweichow Moutai, the most revered baijiu brand in China, plans to speed up its global distribution and strengthen its development in emerging and potential markets.

Wang Yan, deputy Party secretary of the liquor group said the group should further cultivate mainstream consumers in European and American markets, as well as increase investment in Africa and South America.

"We should also actively respond to the Belt and Road Initiative (BRI) and make this a focal point of Moutai's international markets," Wang told CGTN.

In the first half of 2019, overseas markets accounted for less than five percent of Kweichow Moutai Co. Ltd's total sales volume, and in sales value, the portion was even lower, less than three percent.

Wang said it's not only for business reasons that Kweichow Moutai Group stepped up great efforts to develop its overseas markets. They also want to "let more people know about China and Chinese culture through Maotai."

In this regard, Wang said the group should increase exchanges and cooperation with different cultural communities.

"Maotai liquor is a leader in China's consumer goods market, and also a beneficiary of the expanding middle class," Wang said when asked of China's slowing economic growth.

Citing Boston Consulting Group, Wang said the total number of upper middle class and wealthy people in China will continue to expand, and is expected to hit close to 100 million households by 2020.

"With the development of China's economy and the increase in people's wealth, the vast depth of the country's market of 1.4 billion people can fully support high-quality, high-end, scarce products or services." 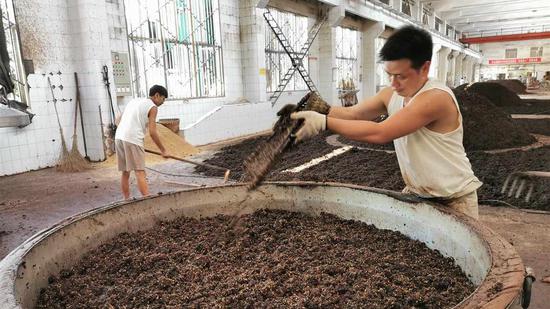 Wang said Kweichow Moutai, a typical traditional brand which adheres to traditional craftsmanship, also attaches great importance to the use of big data.

"Our RFID (radio-frequency identification) traceability system allows users to easily trace and view the production and circulation information of Maotai liquor. The data generated by these systems can also help us build regional sales models more effectively," he noted.

"In terms of management, we are also in the midst of building an integrated display system, where we can see the production and operation status of Maotai on a single screen."

Wang said with the application of big data, Kweichow Moutai will have a clearer understanding of the production, warehousing, and sales of each bottle of liquor, thereby bringing great changes to its decision-making and management processes.