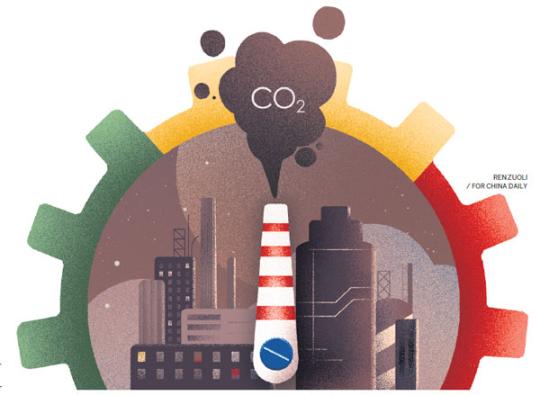 About 310 million metric tons of carbon emission allowances had by the end of May been traded for 680 million yuan ($98.5 million) in China, a senior environmental official said.

Zhao Yingmin, vice minister of ecology and environment, also said China has made progress in building institutional systems and infrastructure for the carbon market since it launched its construction in late 2017.

The country has carried out low-carbon pilot programs in 87 major cities and provincial regions, as well as 51 industrial parks, which have recorded faster drops in carbon intensity than the national average, he said.

The ratio of energy from non-fossil fuels in the national primary energy structure increased to 14.3 percent, according to Zhao.

China plans to further decrease the intensity metric by 60-65 percent and increase the ratio of non-fossil fuels to 20 percent by 2030.