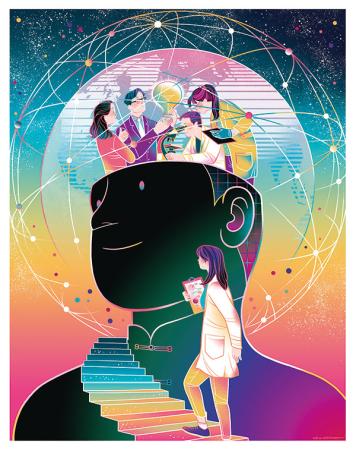 Breakthroughs made in batteries for new energy vehicles

Most of these vehicles use batteries with an energy density of 200 watt-hours per kilogram, while those used by Tesla are the best on the market and capable of delivering 250 W.h/kg.

But the Ningbo platform has produced batteries with an impressive 301 W.h/kg.

They contain graphene, weigh less than others but can achieve the same mileage. The batteries will soon be used for tests on cars produced by Geely, according to the Ningbo Graphene Innovation Center in Zhejiang. Geely is a Chinese multinational automotive manufacturing company with headquarters in Hangzhou, capital of Zhejiang.

The use of graphene can boost the power density－the amount of power per unit volume－and endurance of a lithium battery, which will solve the problem of low mileage in new energy vehicles, the center said.

Zhou Xufeng, a professor with the Advanced Lithium-ion Battery Engineering Lab at the Ningbo Institute of Materials Technology and Engineering affiliated to the Chinese Academy of Sciences, said, "We aim to mass produce batteries of 500 W.h/kg for automobiles between 2025 and 2030."

The institute, together with leading enterprises in the domestic graphene industry and other companies, founded the innovation center last year.

The center said strong scientific research backing from Shanghai, market demand in Zhejiang and beyond, and robust capital support made it possible for it to produce such eye-catching results in such a short time.

It is also committed to achieving breakthroughs in key technologies in the graphene industry and has produced and applied graphene in the fields of plastic materials and fibers, health products and wearable devices.

Experts said the center epitomizes the rich and diversified resources of the Yangtze River Delta region, and the area's high international profile is making it a heartland for scientific research in China.

Chen Yubo, a professor with the School of Economics and Management at Tsinghua University in Beijing, said, "Basically, Shanghai, the core city in the urban clusters in the delta region, provides intellectual support, and the vast market demand and capital enthusiasm in the other cities offer potential for industrialization.

"Meanwhile, different cities in the delta region have their individual industrial strengths－for example, manufacturing in Suzhou (Jiangsu province) and software for Hangzhou, which provides an ideal base for connecting research to industrialization in different cities," Chen said.

Wang Yanping, head of public policy and government affairs at LinkedIn China, said, "From the perspectives of talent flow and infrastructure connectivity, the Yangtze River Delta region has formed an intensive network of cities, which is unlike anywhere else in the country. It also provides a strong base for the region's output of scientific research."