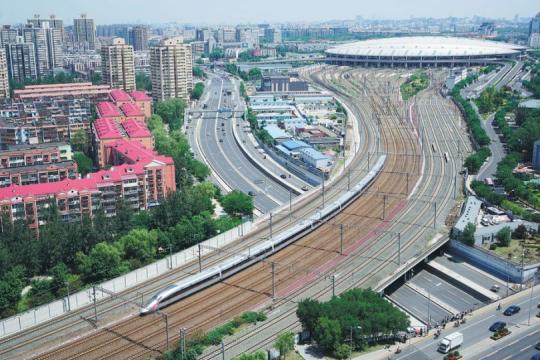 Electrification is at the core of the transition toward a greener future, along with an increasing proportion of energy being produced from renewable resources, industry insiders believe.

Shu, who is now chairman of China Huaneng Group Co Ltd, another State-owned energy giant, made the comments at a sideline forum of the 2018 International Forum on Energy Transitions in Suzhou, East China's Jiangsu province.

Greater use of electricity as the final form of energy consumption is gaining traction in various areas of life, ranging from driving to home cooking, according to Shu.

Meanwhile, the use of fossil fuels has created many problems, including environmental damage and climate change, and it is unsustainable, Shu said, adding that vigorously developing and utilizing renewable energies while making fossil fuel cleaner and more efficient have become common choices for countries worldwide.

From 2008 to 2017, the average annual growth rates of global wind power and solar power installation were 19 percent and 46 percent, while the figures for China reached 44 percent and 191 percent respectively, much higher than the growth in fossil energy installations.

At the end of 2017, China's installed renewable energy capacity reached 650 million kilowatts, accounting for 36.6 percent of total electric power installation, according to Shu.

As technology advances, the competence of new energy will continue increasing, and the development of wind and solar power will be even faster, he said.

According to China's energy production and consumption strategy, non-fossil energy will account for more than 20 percent and 50 percent of primary energy consumption in the country by 2030 and 2050.

For end-user energy consumption, electric power use is also becoming unprecedentedly wide, as the trend is obvious that traditional fossil fuel consumption is being replaced by electric power, and electricity is becoming the main energy source supporting the modern information society and the digital economy, Shu said.

Lin Boqiang, head of the China institute for studies in energy policy at Xiamen University, agreed that using more electricity in end-user energy consumption is a symbol of the development of society.

"Direct use of coal and other energy sources will naturally decrease in the final energy consumption mix, as human society develops and relies more on electricity," Lin said.

That is because technological innovations often level up the use of electricity in all industries and people's daily lives, which in return promote the development of advanced electricity production, distribution and utilization technologies, he added.

When more electricity is produced and used, which is mainly from clean and renewable energy sources instead of fossil fuels, the energy mix prospects will be greener, he said.

China's electricity consumption will account for 30 percent and 40 percent of the end-user energy consumption by 2030 and 2050, respectively, according to government plans.