Ports to have better business environment 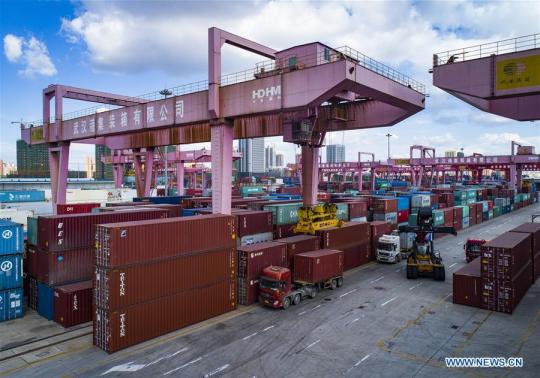 The nation will further optimize the business environment at its ports to facilitate cross-border trade and promote the stable and healthy development of foreign trade, according to a recent State Council announcement.

The announcement, released on Oct 19, mapped out 20 measures to form a more dynamic, efficient, open and convenient business environment at the nation's ports. One of those moves is to reduce the supervision items in imports and exports by streamlining documents and optimizing procedures.

According to the announcement, by the end of 2018, the number of documents required to be verified for imports and exports will be reduced by more than one-third compared with 2017, and all verifications will be operated online except for documents deemed confidential, which will reduce the overall customs clearance time by one third.

"Twenty measures listed in the plan will not only play an important role in stabilizing import and export growth in the short term. In the mid and long-term, these measures will also upgrade foreign trade, drive high-quality development and enhance the country's global value chain," Li said.

It also decided to optimize customs clearance procedures and operations by enhancing national customs clearance integration. The efficiency of logistics services at ports will be improved, and intelligent port management should be promoted, according to the announcement.

"Since the beginning of this year, China has introduced a series of effective measures, such as tax reduction and fee reduction, to optimize the business environment at the ports and promote cross-border trade facilitation," Li Kuiwen, spokesman of the General Administration of Customs, said at a recent news conference. Such measures have effectively helped maintain the growth of foreign trade, Li added.

Zhao Ping, a senior researcher at the China Council for the Promotion of International Trade Academy, said the impact of China's trade friction with the US on its overall trade situation is controllable, and the country's foreign trade is expected to continue its strong run this year.