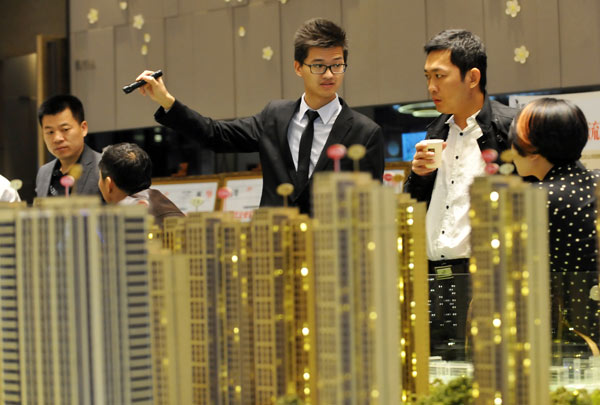 Bond issuances by Chinese property developers have surged in the past few months, triggering fears of higher financing costs and the need to supplement cash flows, said analysts.

Combined financing for Chinese developers year-to-date was more than $37.2 billion in overseas markets, more than double that from a year ago, according to data from Wind Info, a Shanghai-based financial information services provider.

Bond issuance has become one of the major financing tools for developers alongside bank borrowings, particularly in overseas markets, due to tighter lending conditions in the domestic markets since late 2016.

"Financing for developers has become increasingly difficult in the domestic market due to the tight policies enacted to prevent systematic risks," said Li Xiaoxiao, an analyst with Tongce Real Estate Research, a realty information and consultancy services provider.

According to a research note by Fitch Ratings, Chinese developers' offshore issuance is likely to surge in November after the National Development and Reform Commission eased curbs on the issuance in October.

"Thirteen developers have announced offshore deals amounting to $4.64 billion, up 190 percent month-on-month since the end of 0ctober," the report said.

Financing costs in the domestic market are also rising, from some 4 percent to up to 8 percent, according to a report from CITIC Securities.

"Financing cost of above 6 percent may put pressure on developers who do not have access to abundant liquidity," the research note said.

Andrew Kam, director of Savills Shanghai Valuation, said developers are also factoring the exchange rate between the yuan and other currencies, and the interest rate in overseas markets when raising funds in those markets. Financing costs could be somewhere between 2 percent and 3 percent in some markets.

It is likely that developers may continue to seek financing opportunities in the offshore market through channels other than bank lending. For example, some of the Hong Kong-listed developers may issue new shares to raise funds, said Kam.

"Developers of residential properties have also been actively reducing inventories, which is in alignment with handling financial pressure and stabilizing home prices across China", said Kam.

China's housing market is likely to continue to cool in 2018, with sales growth set to slow across most of the country and house prices likely to stay relatively flat, said Fitch Ratings.