Angelababy and other celebrities jump into private equity 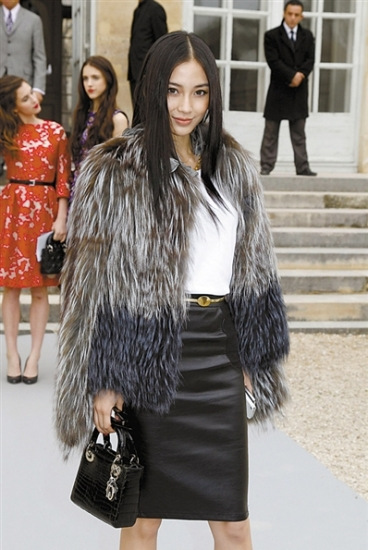 Celebrities joining venture capital investments and startups has become a very significant trend in the fast-growing private equity market in China over the past 12 months.

Their investments have changed from running restaurants and clothing shops to setting up VC funds or being the capital providers through limited partnerships, according to a report from China Venture.

According to the Asset Management Association of China, the number of registered PE funds was 30,260 by the end of May, an increase of 121 percent year-on-year. The total subscribed capital was 6.45 trillion yuan ($970 billion), and paid-in capital was 5.3 trillion yuan.

"Because of celebrities' popularity, the projects those stars invest in usually attract more attention than general marketing events. But those star investors' professionalism is often questioned by real investment institutions," the report said.

Another trend is for financial investors to exchange roles to start a new business by themselves.

Zhou Hongyi, the co-founder of Qihoo 360 Technology Co, used to be a partner at IDG Venture Capital, a global network of venture capital funds.

The report concluded that investors who are former startup owners have more advantages in managing industrial resources and capital, thinking ahead, and providing strong support for the invested companies. The startup owners who used to be angel investors often have a broader business view but lack execution.

"Famous brand names attract more investments. Plus, the internet boosts the development of the PE market. With sufficient information, investment becomes highly possible. However, either the investors or startups should not hold an amateur attitude," said the report.