America First: What has the U.S. left Afghanistan after 20 years? 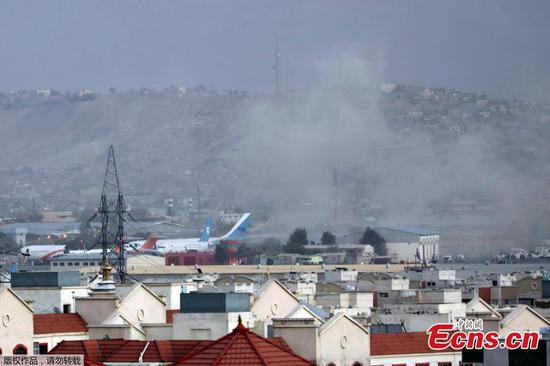 Thick smoke rises at the Kabul airport after an explosion happened outside the airport on August 26, 2021 in Afghanistan. Two bomb attacks in the early morning caused about 100 deaths of Afghans and 13 U.S. service members. Another dozens of civilians were wounded. (Photo/ Agencies)

(ECNS) -- As the last American soldier left Hamid Karzai International Airport inKabul, Afghanistan on Monday, gunfire was heard in celebration of the withdrawal of U.S. military forces from the war-torn country.

The U.S. invaded Afghanistan two decades ago under George W Bush's military campaign“War on Terror”, leaving nothing but a chaotic airport and bloody explosions in its wake.

As some U.S. politicians trumpeted the successful evacuation, did they notice two Afghan children falling from a U.S. military plane?

A suicide bombing outside Kabul airport on Sunday killed 13 U.S. soldiers and at least 170 Afghan civilians. The U.S. government, however, did not mention the Afghan civilian fatalities.

All of this is the inevitable result of the "America First" policy, which has dominated the U.S. response to the global pandemic as well as its withdrawal from the Paris Agreement in 2017.

Over the past 20 years, the U.S.-led operations on Afghan soil have caused more than 30,000 civilian deaths and more than 60,000 injuries, and turned about 11 million people into refugees. Nearly 10 million children in Afghanistan are left in desperate need of humanitarian aid, said Herve De Lys, the United Nations (UN) Children's Fund representative in Afghanistan.

The U.S. President Joe Biden saidhis country would do everything it could to rebuild Afghanistan and help evacuate between 50,000 and 65,000 Afghans. However, Afghanistan has about 11 million refugees. Where do the rest go? Is it trying to ensure a good reputation without paying too much? As for the fate of Afghan refugees, along with the recovery of a war-torn economy, does America care? It is hard to tell.

Spending 20 years in Afghanistan, the U.S. has had an ironic end. Following its "America First" path, the U.S. has lost the trust of its allies, as well as its so-called "beacon" status. Will the U.S. continue down the path of ultranationalism? Time will tell. 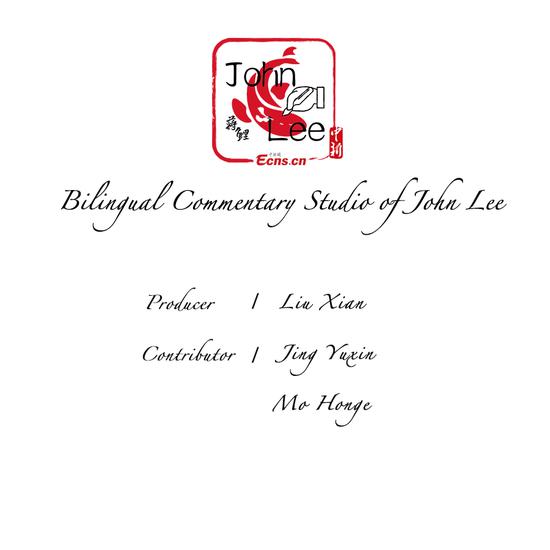