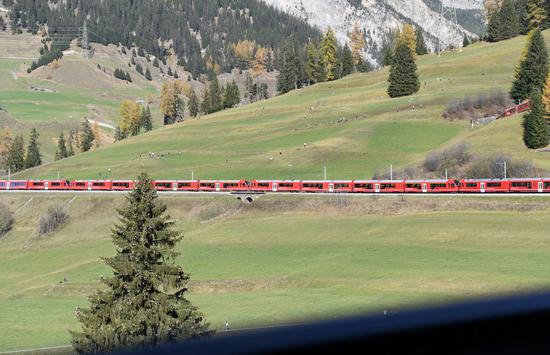 The company ran the 1.91-km-long train composed of 100 coaches along the Albula-Bernina route from Preda to Bergun on Saturday. Several thousand guests and railway fans attended the event.

"We are looking forward to seeing many tourists from both Switzerland and China," said Renato Fasciati, director of Swiss Rhaetian Railway.

Fasciati said the world record attempt was intended to highlight some of Switzerland's engineering achievements and to celebrate 175 years of Swiss railways.

"Railway transportation plays an important role in the social and economic development of China and Switzerland," said Sebastian Blaettler, market manager for Asia Pacific at Rhaetian Railway, "I think we will enhance the cultural and technical communication and cooperation between the two countries in the future."