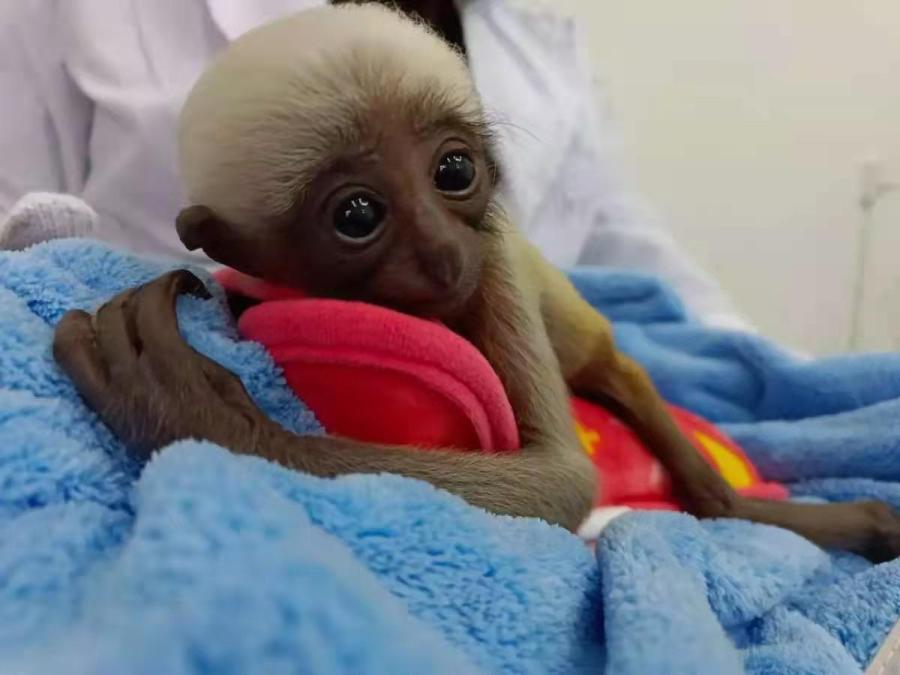 The male gibbon, named Shiwu, is in good health at the Wildlife Rescue Center of Dehong Dai and Jingpo autonomous prefecture and has grown from 450 grams when it was 1-month-old to its current weight of 1,920 grams, said Teng Ping, a senior engineer at the center.

Before Shiwu was born, the center had three adult male gibbons, plus Maoqiu, Shiwu's mother, she said.

Shiwu was fed with goat's milk during the daytime and breast milk when it returned to its mother's arms at night, she said.

White-browed gibbons, which are now under strict State protection, mainly live in China and Myanmar. In China, they are mainly found in Baoshan, Tengchong, Yingjiang and Longchuan, Yunnan province. 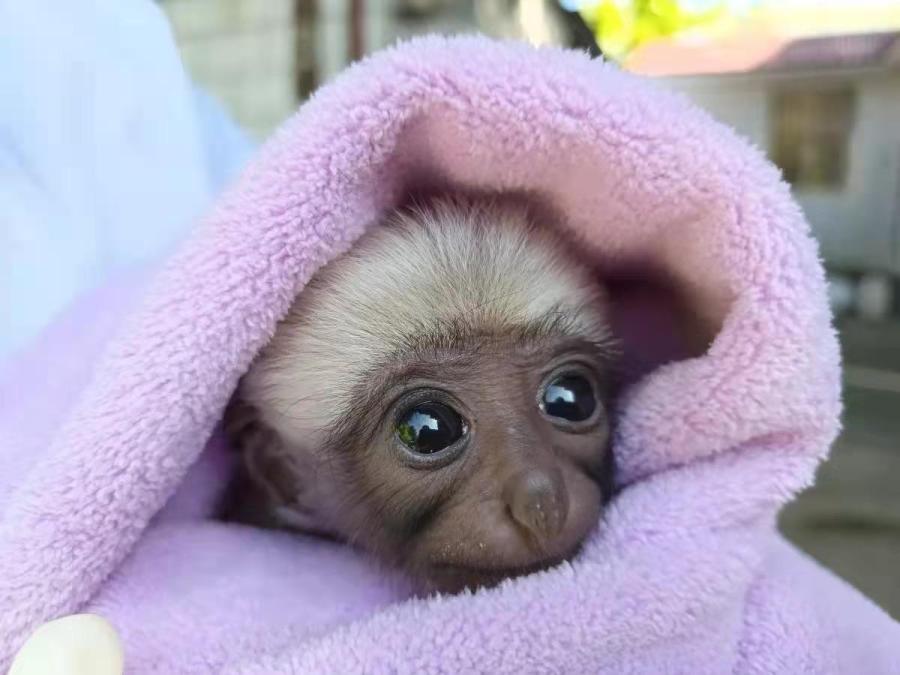 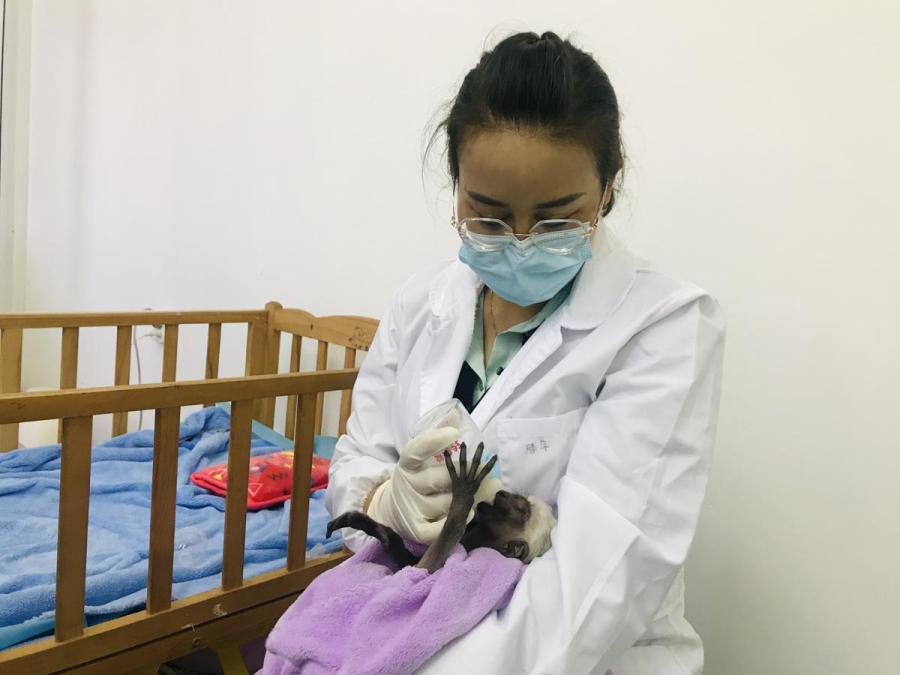 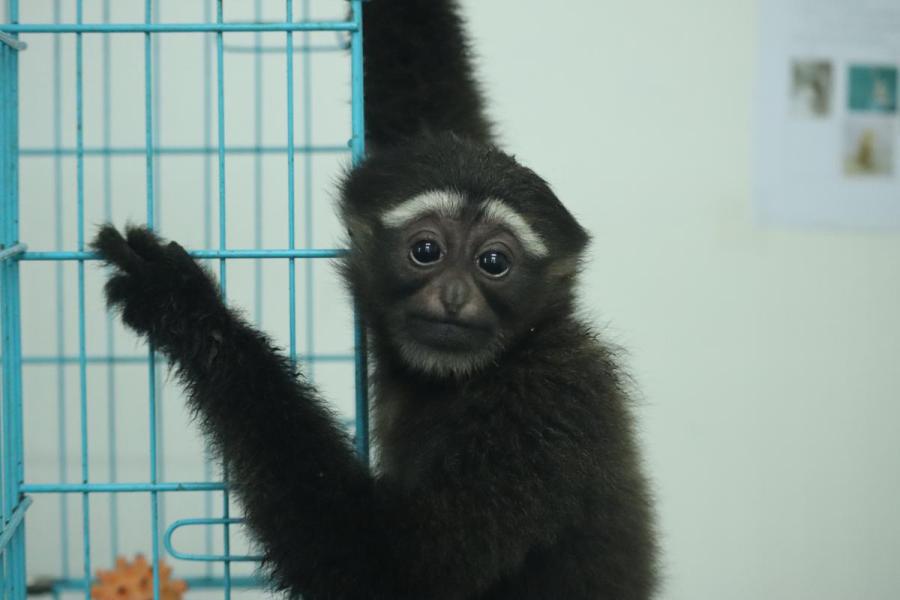 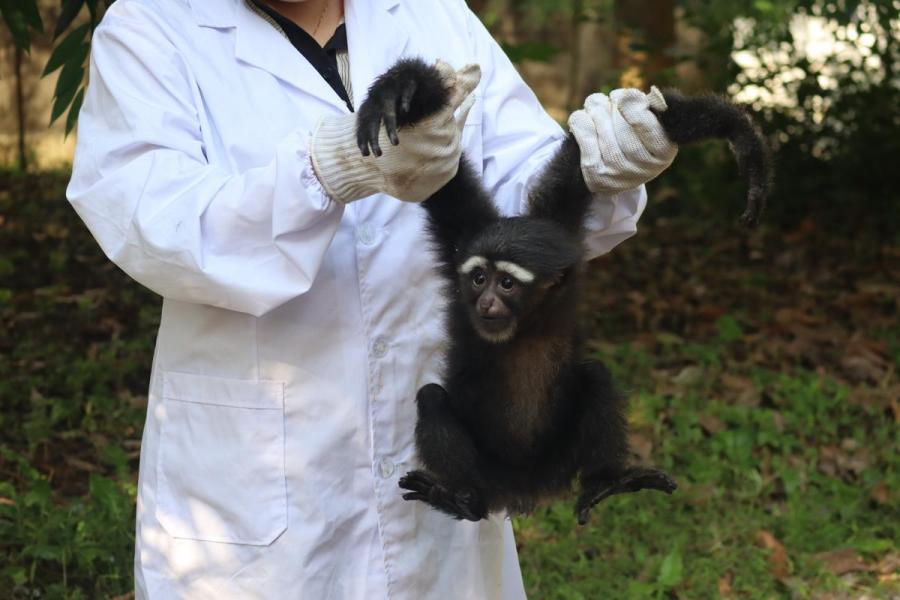 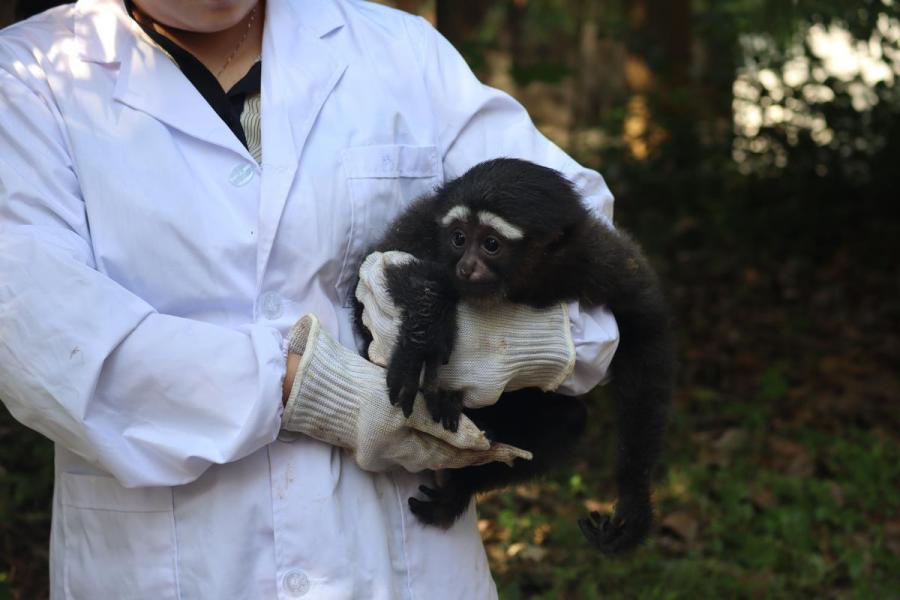