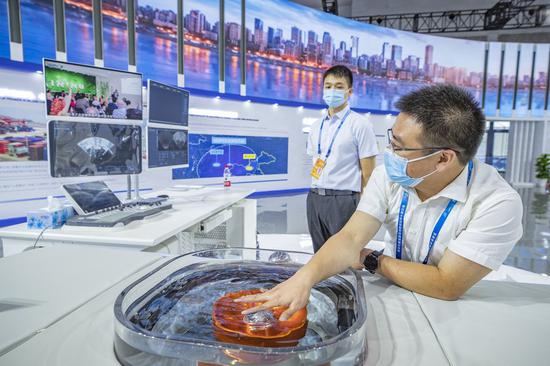 Chinese researchers have made a breakthrough in the treatment of cancer through immunotherapy, identifying a particular hormone receptor as a potential target for the treatment, the University of Science and Technology of China said.

The receptor, MC5R, acts with a hormone called α-MSH, which is produced by the pituitary gland, to promote the growth of tumors, according to a paper published in the journal Science.

The find was made by a team led by researchers at the university who were exploring the role of the hypothalamic-pituitary axis in tumor immunity. They examined the levels of various hormones in mice with tumors, finding that they had a significantly increased level of α-MSH.

According to the paper, increased levels of the hormone can lead to tumor growth in the human body by promoting myeloid cell accumulation and immune suppression through its receptor MC5R.

The researchers identified MC5R as a possible target for immunotherapy, providing a means of interrupting the action of the hormone.

According to the university, previous studies have found that patients suffering from long-term depression and stress show more rapid development of tumors and a weakened response to cancer immunotherapy. This indicates that the nervous system and its mediated stress reactions play an important role in tumor growth and immune regulation, it said.