The green modernization for a beautiful China, world 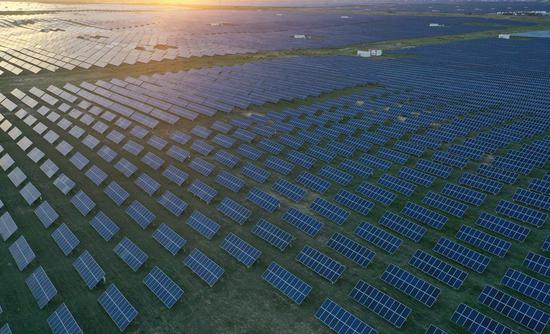 In 1972, the United Nations designated June 5 as World Environment Day to foster environmental awareness and prompt action. China, the second-largest economy in the world, has celebrated the annual event with solid steps in environmental protection.

Among the latest steps, the country's first specialized law on wetland protection came into force on Wednesday. Earlier this week, an action plan was unveiled to further boost what has already emerged as the world's largest installed wind and solar power capacity in the coming years.

As President Xi Jinping said, China has made "historic, transformative and comprehensive" ecological progress over the past decade. The country is embarking on a journey to a green, beautiful and sustainable future, not only for itself but shared by all human beings.

With frequent smoggy days, serious pollution from factories, and black and smelly rivers, China, while enjoying high economic growth, had suffered from a worsening environment. In 2012, the country contributed 11.5 percent of the global economy but had its energy consumption per unit of gross domestic product (GDP), or energy intensity, 2.5 times the world average.

If the economy develops at the price of the environment -- no safe food, clean water, fresh air and habitable environment -- then such modernization is not what people would desire, Xi said.

Putting ecological protection high on his agenda, the president has led China's arduous efforts to turn the tide.

Tough battles were fought to rein in pollution of air, water and soil, and hard efforts were made to restore eco-systems from mountains to rivers. The "strictest" environmental protection law took effect, and central authorities' inspections on local environmental protection work were launched on a regular basis. Ecological advancement was incorporated into the Constitution in 2018.

In the suburb of Datong, a national coal-producing region in north China's Shanxi Province, a photovoltaic power station generates enough electricity for 34,000 households each year. In a fast-tracked green drive, the city once plagued by severe haze has started to see bluer skies and embrace much healthier development.

The city's change shed light on a national transition to a sustainable development path, under the guidance of Xi's new development philosophy put forward in 2015, which features innovative, coordinated, green, open and shared growth.

Over the past decade, remarkable progress has been made across the country, from bluer skies and clearer lakes to more wild animals reappearing in forests and wetlands.

China's afforested land has accounted for about a quarter of the world's total, and its CO2 emissions per unit of GDP have dropped about 34 percent over the past decade. The country has topped the globe in installed capacity of wind and photovoltaic power and other green energy, and in the production and sales of new energy vehicles.

A COMMUNITY OF LIFE FOR MAN, NATURE

At the General Debate of the 75th Session of the UN General Assembly in 2020, Xi pledged that China will strive to peak carbon dioxide emissions by 2030 and achieve carbon neutrality by 2060 -- a much shorter time span than many developed countries would spend.

"Meeting these targets will require tremendous hard work from China. Yet we believe that when the interests of the entire humanity are at stake, China must step forward, take action, and get the job done," he said when addressing the World Economic Forum Virtual Event of the Davos Agenda in 2021.

While pushing for its own green drive, China has been actively contributing to building a beautiful Earth.

In Kenya, the China-financed Garissa solar power plant, the largest solar plant in East and Central Africa, helped facilitate Kenya's quest for green development. The Chilean capital of Santiago has been using electric vehicles from China as part of plans to revamp its public transport system and advance clean mobility.

During the construction of the China-Laos Railway, which connects Kunming in China's Yunnan Province with Lao capital Vientiane, many tunnels were extended and roads replaced by bridges to protect elephant habitats.

Shouldering the environmental responsibility, China has acted as an important participant, contributor and leader in global ecological progress, observers said.

Faced with unprecedented challenges in global environmental governance, the international community needs to come up with unprecedented ambition and action, Xi said when addressing the Leaders Summit on Climate in April last year. "We need to act with a sense of responsibility and unity, and work together to foster a community of life for man and nature."