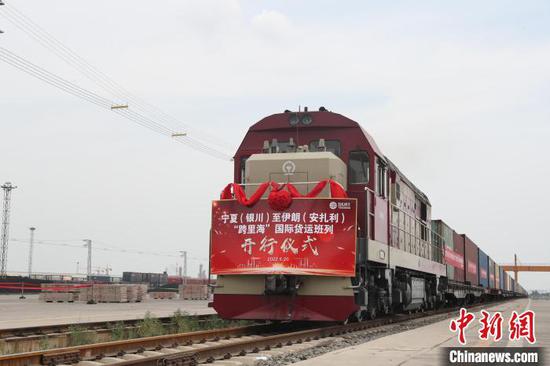 The international freight train departed from the Yinchuan, capital city of Ningxia, leaves China from Horgos Port in Xinjiang Uyghur Autonomous Region, and will cross the Caspian Sea via Kazakhstan. It is scheduled to arrive in Bandar-e Anzali or Anzali Port in northern Iran in about 20 days.

The train carried 51 standard containers with goods worth about $3.06 million. The new route takes about 20 days less than sea transport and saves 6,000 yuan ($897) per container compared with the former international freight railway line from Yinchuan to Tehran, Iran.

The opening of the freight line is building a low-cost, cross-border freight channel for Ningxia and surrounding regions to link with Iran and the Middle East, which is conducive to promoting the export and import of products, experts said.