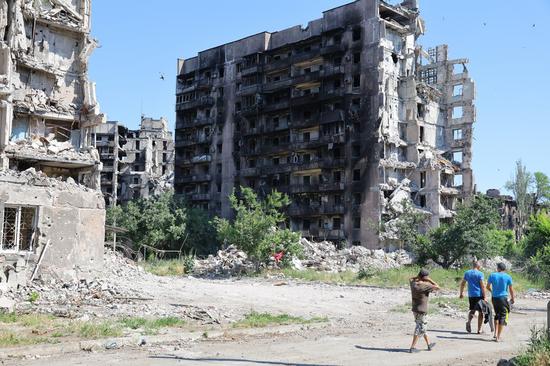 A Chinese envoy warned on Tuesday that antagonism within the international community over the conflict in Ukraine is disrupting UN work.

"For some while, with the conflict in Ukraine unraveling, antagonism has been permeating the international community, seriously disrupting the work of the United Nations in various fields, and calling into question the authority and effectiveness of the Security Council," said Dai Bing, China's deputy permanent representative to the United Nations.

Such a political climate is not conducive to the proper settlement of the Ukraine crisis, and may lead to the failure of global governance mechanisms, plunging the world into greater division and turmoil, which is not in the interests of any party, he told a Security Council meeting on Ukraine with the theme of "incitement to violence leading to atrocity crimes."

Hate speech between countries can poison the international political climate to the detriment of world peace and stability, he warned.

"We are all in the same boat. Our security is indivisible. Cold War mentality, the logic of hegemony, and bloc politics have long outlived their relevance. We must substitute dialogue for confrontation, consultation for coercion, partnership for alliances, and win-win for zero-sum," he said.

The Security Council, in particular, should shoulder its responsibilities, manage differences, and be an active force for the facilitation of peace talks, mediation, and good offices, he said.

Prolonged and enlarged conflicts will bring greater security risks and spillover effects, from which no party can benefit. The international community should work together to de-escalate the situation, put out the fire, and facilitate peace talks, thus creating conditions for the parties to resume negotiations and achieve a cease-fire without further delay, he said. "We advice certain countries not to continue adding fuel to the fire to serve their own geopolitical self-interest, not to mention force other countries to take sides, thereby intensifying division and antagonism within the international community."

Social media must never become a lawless space for spreading hatred and inciting violence. Certain social media platforms have adapted their policies for political ends, allowing one-way hate speech. Such a practice is extremely dangerous. It is imperative to strengthen government oversight of social media platforms. They should not be given a free rein, he said.

The conflict in Ukraine has lasted for nearly four months. The rising casualties and displacements are heart-wrenching. The circumstances and causes of violations of international humanitarian law must be ascertained. Any allegations should be based on facts. Pending the final findings, all parties should avoid unwarranted accusations, he said.