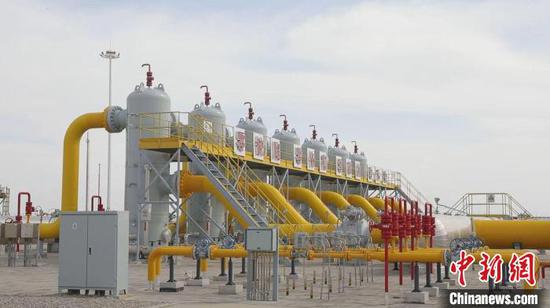 (ECNS) --The China-Central Asia gas pipeline has transported over 400 billion cubic meters of natural gas to China since it was put into operation in December 2009, according to the customs of China and Kazakhstan on Wednesday.

Customs officers of China and Kazakhstan delivered the results after jointly checking the natural gas flow data in the pipeline via video link.

The China-Central Asia pipeline is China's first transnational gas pipeline. It runs from the border between Turkmenistan and Uzbekistan, passes through Uzbekistan and Kazakhstan and links up with China's West-to-East Gas Pipeline in Horgos, Xinjiang Uyghur autonomous region.

Natural gas imports via the pipeline account for more than 15 percent of China's total consumption in 2020, according to the PipeChina West Pipeline Company.