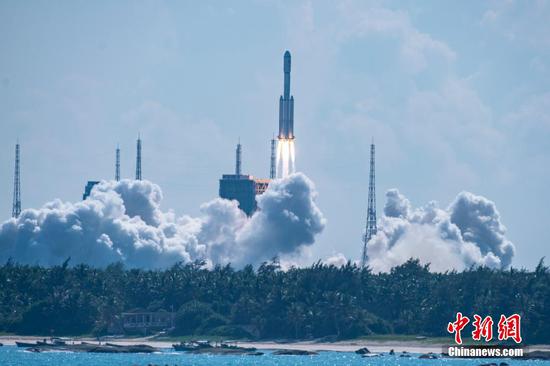 (ECNS) -- The combination of Long March-7 Y-5 rocket and the Tianzhou-4 cargo spacecraft was transferred to the Wenchang Spacecraft Launch Site in south China's Hainan Province on Saturday, according to the China Manned Space Engineering Office.

An array of tests will be carried out as schedule before the launch.

Tianzhou-4 cargo spacecraft will carry supplies and propellants to China's space station and space science laboratories. It is the first launch mission after China began the construction of its space station comprehensively.

The Long March-7 Y-5 rocket was independently transported to the Wenchang Spacecraft Launch Site on April 11.