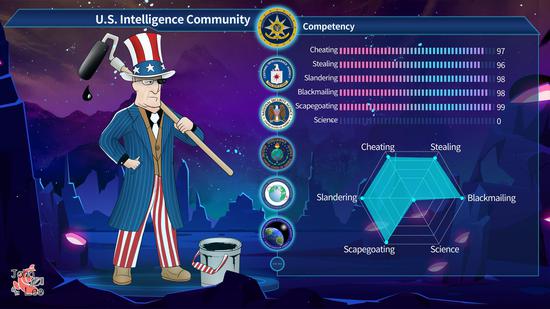 (ECNS)-- Virus origin tracing is a highly professional and scientific job which requires the full cooperation of global scientists. This is not a simple task that could be achieved by the intelligence community of a certain country.

The U.S. intelligence agencies do not have the scientific capability to complete the origin-tracing task. What they are good at include cheating, stealing, slandering, blackmailing and shifting blames.

Obviously, the U.S.' true purpose is not about unearthing the origin of the virus. Instead, it intends to exhaust China's diplomatic resources, strengthen the U.S. leverage on thwarting China's development and offset China's rising international influence.