China forging ahead as innovation powerhouse 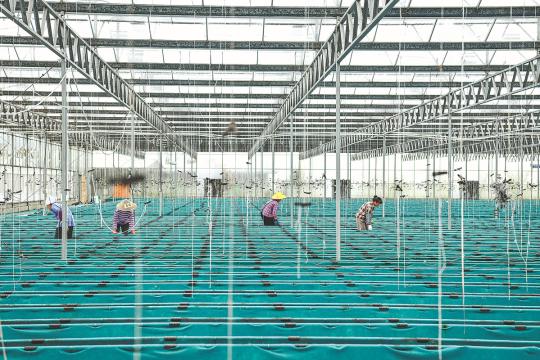 From a rover mission to Mars to diving to the bottom of the deepest place on Earth, Chinese scientists are exploring far beyond the horizon, evidence that the country is becoming a key contributor to global science and technology.

Tianwen 1, China's first Mars probe, lifted off from Wenchang spaceport in July 2020 and entered orbit above the red planet nine months later before successfully landing the solar-powered Zhurong rover, pictures from which were beamed back to Earth.

The mission was a historic first for China, combining orbiting, landing and deploying a rover in a single launch, making it the second country to successfully land on Mars and marking a major leap forward in its space exploration program.

Last year, Haidou 1, an unmanned submersible, reached new depths in the Pacific Ocean, breaking several world records as it dove to 10,908 meters, operating continuously for eight hours and traveling a distance of some 14 kilometers.

Other recent scientific and technological breakthroughs include the launch of the Xihe solar observation satellite and several other experimental satellites, as well as quantum computer prototypes "Jiuzhang 2.0" and "Zuchongzhi 2.1", which have significantly bolstered China's quantum computational advantage.

Last year, it launched a new high-speed maglev train with a designed top speed of 600 km per hour, making it the fastest ground vehicle in the world and the latest scientific and technological achievement in the field of rail transit in China.

"Over the years, China has undoubtedly made great improvements in science and technology and, at the same time, made great contributions to the international scientific community," said Erbiao Dai, president of the Asian Growth Research Institute in Fukuoka, Japan.

"It was clear in the Japanese report that Chinese scientists are beginning to come center stage, whether in terms of science-push innovation or demand-pull innovation," Dai told China Daily.