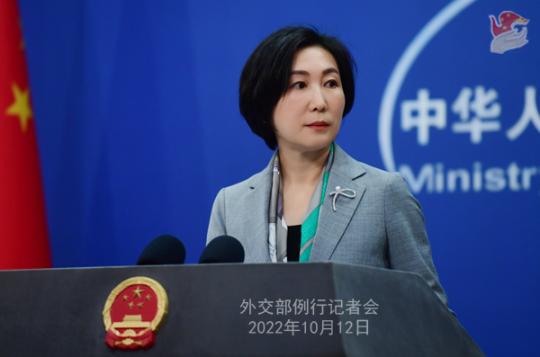 Speaking at an engineering conference in Berlin on Tuesday, Scholz said decoupling is the wrong answer and Germany must continue to do business with China and the rest of the world.

Valdis Dombrovskis, executive vice-president of the European Commission, also told same conference that decoupling from China is not an option for companies in the EU and the bloc should continue engaging with China with pragmatism.

"We spoke positively of remarks from the EU side. China is also a supporter of globalization and an opponent of decoupling," Mao told a regular news briefing in Beijing.

In the first eight months of this year, bilateral trade reached $575.2 billion with a year-on-year increase of 8.8 percent and European investment in China increased by 121.5 percent to $7.45 billion.

"Against the background of a global economic downturn, to stay open and be engaged in cooperation and strengthen economic and trade ties is not only good for China and the EU, but also for world economic recovery," Mao said.

"Such cooperation enjoys great resilience and potential," Mao said. "China is ready to work with Europe to jointly work for greater progress in bilateral cooperation in various areas and deliver more benefits to the two peoples," she told reporters.