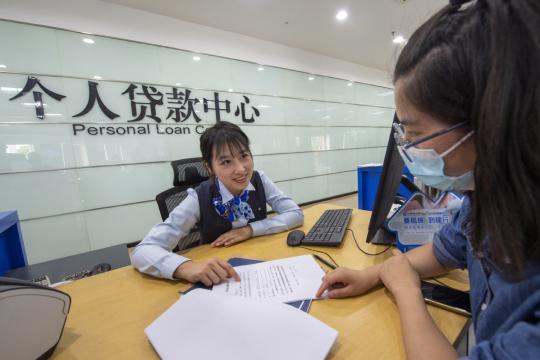 China's credit expansion is expected to remain healthy in the fourth quarter after rebounding stronger than expected last month, setting the stage for a steady economic recovery, experts said on Wednesday.

The nation's increment in aggregate social financing — the total amount of financing to the real economy — rose to 3.53 trillion yuan ($492.79 billion) last month, up 624.5 billion yuan year-on-year, according to the People's Bank of China, the country's central bank.

The amount was significantly higher than market forecasts of less than 3 trillion yuan, experts said, indicating credit demand has recovered as government support ramps up.

The biggest contributor to accelerated credit growth has been increased borrowing by the corporate sector amid an increase in infrastructure construction, the experts said, with new medium to long-term corporate loans reaching 1.92 trillion yuan in September, up 937 billion yuan year-on-year.

Supportive of medium to long-term financing for infrastructure projects, the PBOC has increased the credit quota for development and policy banks by 800 billion yuan this year and facilitated the launch of policy-based and developmental financial instruments worth 300 billion yuan.

New medium to long-term loans related to the household sector — a proxy for mortgages — came in at 345.6 billion yuan in September, down 121.1 billion yuan but marking the highest level in the third quarter, according to experts' calculations based on the central bank's statement.

Looking ahead, a pickup in credit expansion is expected to continue into the fourth quarter, Li said, underpinned by buoyant borrowing associated with infrastructure construction, structural monetary tools supportive of manufacturers' financing and lending recovery to the real estate sector.

Specifically, nearly 500 billion yuan in local government special bonds may be issued this month, Zhou said, adding that the newly launched relending facility worth 200 billion yuan to support businesses in upgrading their equipment is expected to drive corporate borrowing in the fourth quarter.

"Resilient aggregate financing is likely to bolster economic activity," Zhou said. "But whether it will translate into a full-blown and sustained economic recovery still depends on a combination of other factors, including market confidence in real estate developers and the COVID-19 situation."

Also citing the risks regarding property sector weakness and COVID-19 outbreaks, the International Monetary Fund's World Economic Outlook, released on Tuesday, said China's economic growth may stand at 3.2 percent for 2022, down from the 3.3 percent it projected in July.