The land of China,

I wish to speak to you

only in the language of land,

only in the green language of paddy,

only in the crimson language of flame.

These are the touching words in the poem The Song of the Land of China by Pablo Neruda, the famous Chilean poet and winner of Nobel Prize in Literature. Throughout his lifetime, Neruda penned many poems extolling people's revolutions around the world. He visited China three times and left behind a number of timeless poems expressing his admiration for the country.

Neruda voiced, more than once in his poems, support for the revolution led by the Communist Party of China (CPC). In 1949, he praised Chairman Mao Zedong for being a great poet and for leading a victorious battle that would change the future of tens of millions of people. In 1950, Neruda inscribed "Long Live Mao!Long Live the Chinese People!" on a Chinese edition of the collection of his poems. Premier Zhou Enlai lauded Neruda as the first swift heralding the spring of China-Latin America friendship. 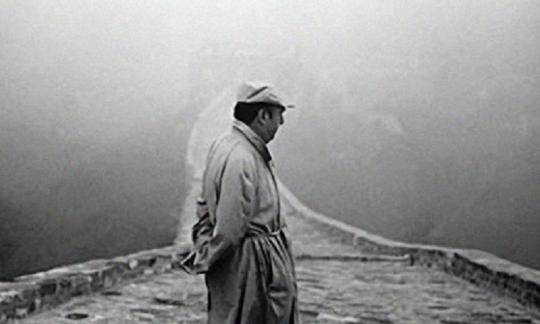 Pablo Neruda on the Great Wall

In 1951, Neruda made his second visit to China. He recalled his first trip some 20 years ago when he saw a place marred by war, deprivation and degradation. Yet in 20 years' time, as the CPC led the revolution to victory, the country had taken on a new look with such moral purity in the society that amazed Neruda. He held the Chinese people in high regard, describing them as having the best smiles in the world. He said that the Chinese people smiled in the face of ruthless colonialism, revolutions, famines and slaughters. No nation in the world knew better the power of smile. Neruda likened the smiles of Chinese children to the most beautiful harvest of this populous country. Passionate about China, Neruda put down what he saw and learned during the short journey into a long poem called Ode to New China to celebrate the birth of the new country. In the poem's last section, Salute China, he wrote:

Now, people all over the world have seen that

your vast land has been unified and

you are as swift and strong as tornado.

Your sharp ax swings towards the villains and

your light of victory strikes at the enemy.

embraces the territory with your arms and

lays the foundation for your eternal peace!

In his third visit to China in 1957, Neruda saw even more remarkable changes. When he last visited the country, the men or women on the streets were all in blue, shabby uniforms. Five years on, the Chinese people were wearing more colorful clothes with better quality, turning the streets into beautiful rainbows. Impressed by the rapid growth of China's textile industry and the hard work and wisdom of the Chinese workers, he said this nation was not capable of making anything ugly and even the most primitive straw sandals were like flowers made of hay.

Neruda also visited local communities along with renowned Chinese poet Ai Qing and other friends from the literary society. He said that the vast land, the hardworking people and the gradual elimination of injustice would eventually bring prosperity to the beautiful and culturally rich Chinese civilization. It was during this journey that Neruda wrote the long poem The Song of the Land of China and recited it at a public gathering in Beijing. The message he sent to the world was clear: the Chinese people were creating a land of their own. 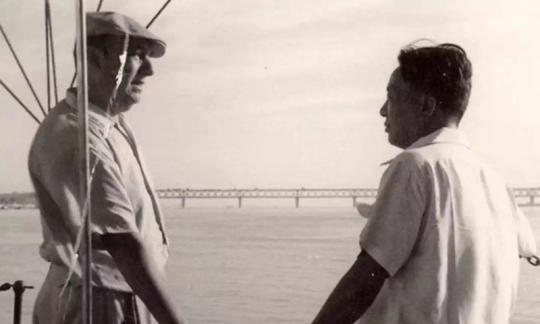 Even after his trips to China, Neruda followed China's revolution and development with keen interest. As one of the founders of the Chile-China Cultural Association, the first Latin-American friendship organization with China, he made significant contributions to the friendship between the Chinese and Chilean people and to the establishment of diplomatic relations between the two countries. When the Chinese delegation returned to the UN, Neruda's poem on China was quoted in the welcome address by the Chilean representative. For Pablo Neruda, the time he spent in China was something he cherished till the last days of his life.