Violent crime on surge in U.S. amid COVID-19 pandemic 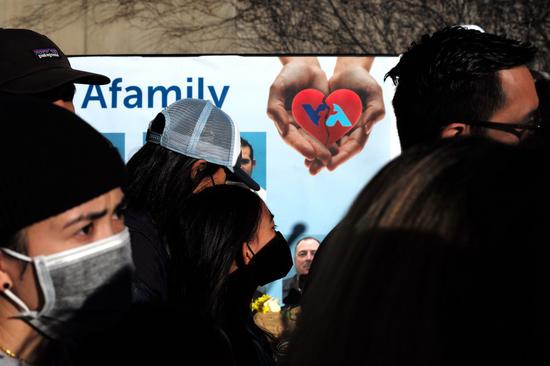 Relatives mourn for victims of a mass shooting in San Jose, California, the United States, May 27, 2021. (Photo: Xinhua/Wu Xiaoling)

Violent crime in U.S. cities surged to record levels as the nation was struggling in the COVID-19 pandemic. Experts said deteriorating security could affect midterm elections next year.

Statistics from the Federal Bureau of Investigation show the murder rate surged by 25 percent in 2020 -- the first time the United States has seen over 20,000 annual murders since 1995 -- up from 16,000 the previous year.

This occurred in the nation's major cities, and is showing no signs of abating.

The New York Police Department reported early in May that shootings were up 166 percent in April, compared to the same period last year. 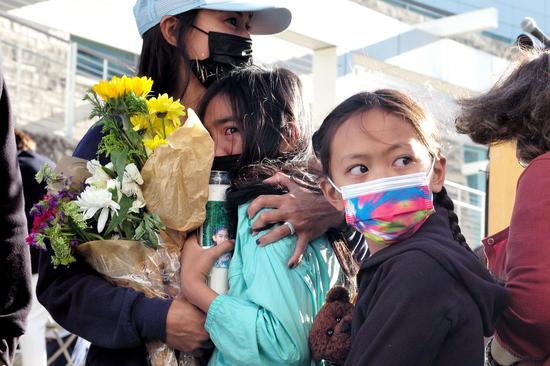 Relatives mourn for victims of a mass shooting in San Jose, California, the United States, May 27, 2021. (Photo: Xinhua/Wu Xiaoling)

In Chicago, murders surged 50 percent from 2019 to 2020, most of the victims being people of color, according to the Cook County Medical Examiner's Office.

Homicides surged in the U.S. state of California by 27 percent from 2019 to 2020 -- the largest one-year rise in 30 years, according to the California Department of Public Health.

Carjackings -- when an assailant forces a driver out of a car with a gun and steals the automobile -- have suddenly become a major problem in Washington DC, the nation's capital. The most recent DC police data shows that over 200 carjackings were reported in DC and the counties around it between January and April this year. That's a massive surge from the 60 carjackings reported in 2020 in the same period.

Linda Scott, a housewife outside the DC area, told Xinhua: "I tell friends who are visiting not to drive through DC," she said.

Rhonda Kim, in business management outside DC, told Xinhua that she "refuses" to drive into DC at night.

Asian hate crimes have surged 146 percent in 26 of the largest jurisdictions in the United States in 2020, according to the Center for the Study of Hate and Extremism at California State University, San Bernardino. Experts said they are accelerating. 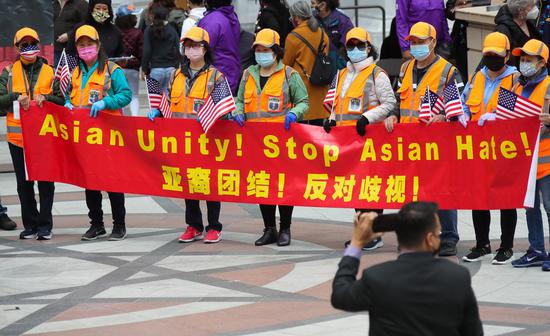 Mayors of many of the most violent cities are Democrats, and experts said that could hurt the party in the lead up to next year's midterm elections.

"It highlights a breakdown in the law that has occurred during COVID and the financial challenges people have had. Republicans are starting to use this issue against (U.S President Joe) Biden and will continue to do so as long as the numbers remain high," West said.

Republican Strategist and TV news personality Ford O'Connell said: "This is a real problem for the Democrats headed into the midterms," which are slated for next year.

Indeed, midterm elections are historically won by the party not in the White House, and surging crime in America's cities adds to Democrats' woes, experts said.

Republican lawmakers in major U.S. cities, such as Atlanta, in the U.S. state of Georgia, are already capitalizing on the surge in murders. Georgia Attorney General Chris Carr last month vowed to "fill the void created by Atlanta officials' failure to lead."

While U.S. President Joe Biden, during the 1990s, was known as tough on crime, some Democrats fear that voters may no longer make this association. Rather, they fret that voters may believe Republicans' narrative that the entire party, not just its left wing, wants to de-fund the police.

"Can Republican candidates exploit the issue? Yes, they will. Can they make it the top, election-winning issue? In some mayoral races they may be able to. Will it work as a national issue? They and (former U.S. President Donald) Trump got some mileage out of it in 2020, but not enough. They would need for the problem to keep rising," said Clay Ramsay, a researcher at the center for international and security studies at the University of Maryland.

WHAT'S BEHIND THE VIOLENCE?

Republicans and law enforcement said the surge in violence is due to de-fund the police movements nationwide, which have demoralized law enforcement. The movement began to pick up steam last year after George Floyd, an unarmed black man, was killed by police.

John, a police officer in the U.S. state of Pennsylvania, told Xinhua that criminals have become emboldened, as police are now less motivated to react to every instance of violence unless it's something major.

Policemen stand guard near a shooting scene in Times Square in New York, the United States, May 8, 2021. (Photo: Xinhua/Wang Ying)

The officer did not provide his last name, as he is not cleared to speak with media.

In an opinion article in USA on Tuesday, Jason Johnson, former deputy police commissioner for the U.S. city of Baltimore and the president of the Law Enforcement Legal Defense Fund, argued that public officials' "growing hostility toward policing left law enforcement demoralized, debilitated and, in some cases, de-funded."

"Even the most dedicated officers, who now face a greater risk of being sued, fired or prosecuted for doing their job, feel pressure to pull back," Johnson said.

Patrick Sharkey, a sociologist at Princeton University and expert on crime, told the Atlantic Monthly in a recent interview that in areas where institutions break down, people feel like they're on their own, and that creates conditions where violence becomes more likely.

"Last year, everyday patterns of life broke down... Schools shut down. Young people were on their own. There was a widespread sense of a crisis...That type of destabilization is what creates the conditions for violence to emerge," Sharkey argued.