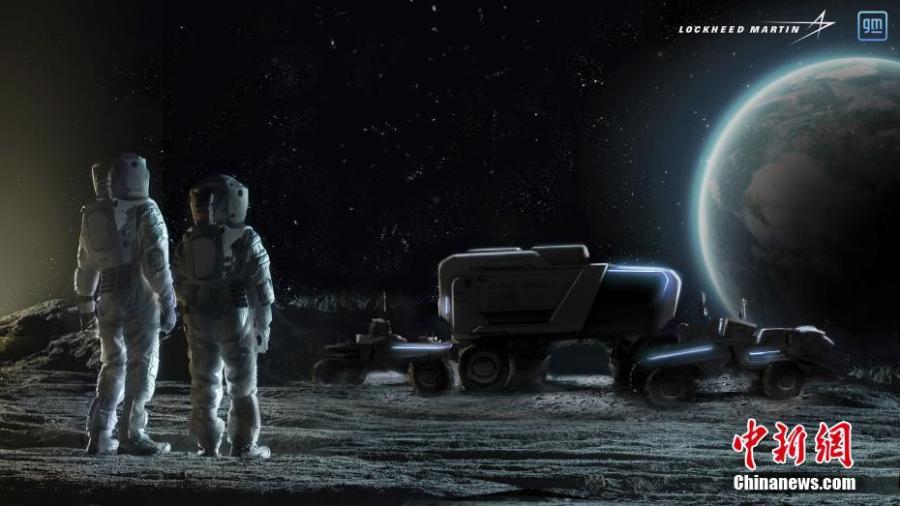 The two U.S. tech giants on Wednesday jointly announced in a statement that they plan to develop a manned lunar rover for NASA's upcoming Artemis missions to the Moon. The lunar rover can sustain a 100-day exploration on the dark, rug and cold lunar surface. This new type of electric lunar rover will adopt an autonomous driving system.