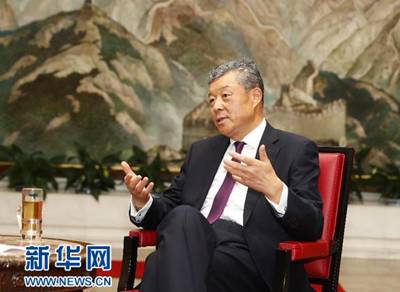 "Ambassador Liu is a senior diplomat with rich experience and is familiar with Korean Peninsula affairs," Zhao said.

Liu used to serve as Chinese ambassador to Egypt, the Democratic People's Republic of Korea and the United Kingdom.

Liu's major duty as the special representative is to "assist the Ministry of Foreign Affairs in coordinating the handling of affairs involving the peninsula", and he will maintain communication and cooperation with relevant parties and play a constructive role in promoting the political settlement process of the Korean Peninsula issue, Zhao said.