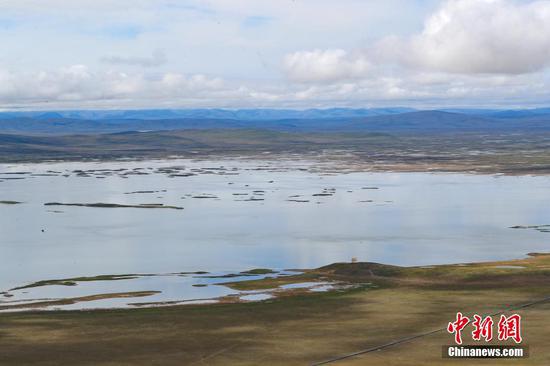 Wildlife populations increased greatly in Sanjiangyuan National Park as the source areas of the Yangtze, Yellow, and Lancang rivers are included in its protection area.

A total of 73 Protected Natural Areas in Sichuan, Shaanxi and Gansu provinces joined together to create the Giant Panda National Park, connecting the fragmented habitats and allowing 72 percent of wild giant pandas to be well protected.

More than 8,000 species of wild animals and plants including the snow leopard, golden snub-nosed monkey, dove tree, and Chinese yew have benefited from the Giant Panda National Park.

Siberian Tiger National Park of northeast China's Jilin and Heilongjiang provinces has unblocked the migration corridors for wild animals, driving the populations of Siberian tiger and Amur leopard to over 50 and 60 respectively.

Besides, the survival rate of wild Siberian tiger cubs has grown to over 50 percent compared with 33 percent before the national parks were established.

About 30 percent of wildlife species living on land under national protection are being preserved in these parks.