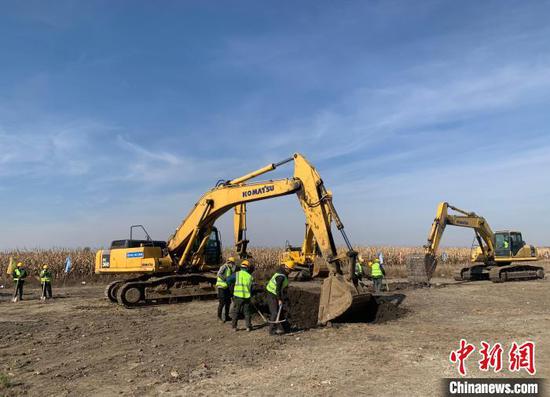 As a part of the Harbin-Yichun High-Speed Railway, this section is 188 kilometers long.

It is located in an alpine region with complex geological conditions. The maximum depth of seasonal frozen soil in this region can reach 2.39 meters. The frost heave sensitivity of the soil and poor stability makes the construction of bridges, subgrade and stations difficult.

The other section of the Harbin-Yichun railway connecting Tieli and Yichun started construction in October 2021.

The Harbin-Yichun High-Speed Railway is 318 kilometers long with a designed speed of 250 kph. It is expected to be finished within five years. After completion, it will shorten the travel time between majo rurban agglomerations along it.

It will tighten economic ties between northern border and inland developed areas and promote the revitalization of northeastern China in the new era.