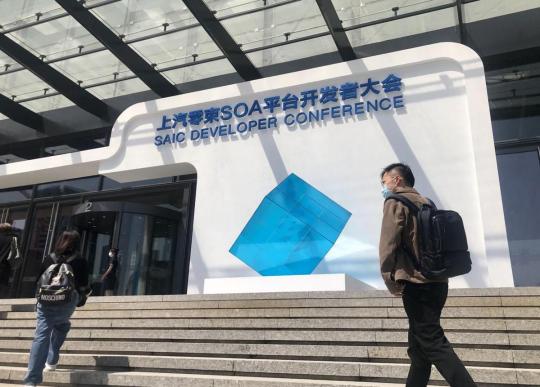 The platform, the first of its kind in the auto industry, allows software developers to code and release car-based applications in an app store, and car owners can download and install them in their vehicles, said the carmaker.

"In the past, vehicles were mainly composed of components, but now they are growing into smart terminals that feature both hardware and software," said SAIC Chairman Chen Hong at a developer conference on Friday.

"Software has become the soul of the vehicle," Chen said.

The platform, developed by SAIC's subsidiary Z-One, is called Service-oriented Architecture. It has attract-ed over 500 companies including big names Tencent, Alibaba, Baidu and Huawei as well as such startups as Momenta.

Those companies develop and offer applications based on authorized access to over 1,900 vehicle compo-nents and sensors in such aspects as vehicle control, smart driving, infotainment and connectivity.

"We are now entering into the age where data defines user experience and software defines vehicles," the company said in a statement.

SAIC said the platform will be first used in vehicles under SAIC's electric brands IM and R, which will hit the market in 2021 and 2022.

SAIC wants to share the architecture with other vehicle brands as well. "This is an age where what we know is much less than what we don't. But we would like to build a stage for all of us so the sector will be a riot of color," Chen said.

The platform is just a start of Z-One's smart vehicle solutions. It is committed to offering a complete pack-age that covers components, software and data

This are part of SAIC's effort to grow into a leading technology company. To that end, Chen said the com-pany would invest up to 300 billion yuan ($45.78 billion) by 2025 in smart solutions and e-mobility.

Zu Sijie, chief engineer at SAIC, said the company will soon unveil a scalable and upgradable platform for electric vehicles.

It is also speeding up research and development efforts in liquid and solid-state batteries for electric cars as well as fuel cell vehicles.