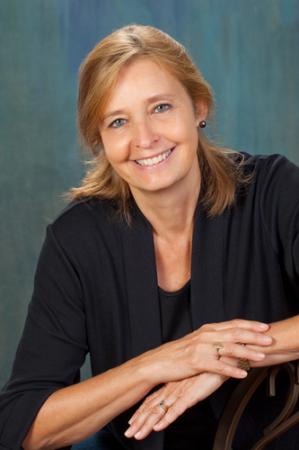 To fight the coronavirus pandemic, the governments and national public health organizations of the United States and China should cooperate closely while staying open-minded about the guidelines and measures adopted by one another, said Madelyn Ross, associate director of the China Studies Program at Johns Hopkins University.

"In the end, our CDC (Centers for Disease Control and Prevention) and China's own CDC need to talk to each other and make recommendations based on their own experience about what works in handling this pandemic. It crosses the issue of individual government systems," she said.

Since the outbreak of the novel coronavirus in the U.S., the American media has been making frequent comparisons between the situation here and elsewhere, especially in Asia, where governments from China and Japan to Singapore and South Korea have implemented more stringent rules in an effort to contain the highly infectious COVID-19.

In China, wearing masks was compulsory during the height of the outbreak and remains so in many public areas.

In Singapore, as of March 27, people who do not observe physical distancing of 1 meter (3 feet) in "non-transient" interactions can be fined up to 10,000 Singapore dollars ($7,000), jailed for up to six months or both.

On the other hand, the different levels of government in the U.S. are more likely to make recommendations than issue edicts. U.S. authorities also are more lenient when it comes to pushing for public compliance.

Sharon Crain, who lives in Madison, Connecticut, and who has been teaching intermittently in China for the two past decades, saw cultural factors at play.

"I think in Asian cultures — China and Japan, for example — listening to authority is a millennium-old tradition," she said.

"It's not just any party telling people … what to do — it's a way of life that's different from the American system of independence, where people are more likely to say, 'Don't tell me what to do. I'll take care of it.'

"In a time like this, the Asian cultures may have an advantage," she said.

And it's important to remember that the U.S. and China operate under different forms of governance, said John Thomson, a veteran diplomat who had been stationed in Beijing for nearly two decades since 1978.

"We have a federal system here where the states really are responsible for healthcare, education and many other things, with its own set of laws," he said. "And that could be very hard for Chinese to understand.

"The federal system is flexible and is associated with a lot of good things," Thomson continued. "But in a big crisis like this, the federal government has a big role to play and must play it.

"You could lock down New York," he said, "but if Connecticut and New Jersey don't cooperate, that doesn't really work. So I think the federal government should really take the initiative."

Ross of Johns Hopkins offered her thoughts: "Even in the U.S., the federal government can take strong measures, like calling a national emergency. And it's something that's happening here."

"It's interesting to watch all the different countries that are taking different approaches and what's working and what's not," Ross said. "Both (countries) should be able to draw lessons from the mistakes made by others as well as themselves."

A second-generation Chinese American, Shirley Young is a former vice-president at General Motors who helped lead GM's entry into China.

"Every country operates under their own cultural and governmental system," she said. "And whatever their system is needs to be brought together to help attack this issue. So while we can learn lessons from whichever country … we also have to operate within the constraints of the culture.

"Hopefully we'll be able to use the strength of America to address this issue in its own way. Just as China uses hers," she continued.

That said, the outbreak has prompted some rethinking, said Crain, who these days confines herself to her home: "My yoga group has gone online. And during our Zoom talks, people are saying that China had really strict measures that we're not used to in America, but it worked for them, so maybe we need to try it, too."

Adam Foster, a great nephew of Helen Foster Snow, an American journalist who traveled to China in the 1930s to write about the Chinese Communists, said the unfortunate incident may "help open our eyes".

"I hope it could help us understand why other political systems exist. I mean, there's a reason why the Chinese have the political system they have today, and it is to solve problems," he said.

And a problem-solving approach is exactly what Ross believes could provide the answers the world needs.

"I would like to see both sides go back to taking a focused problem-solving approach, instead of what's been called a whole-of-society approach. And now there's one big problem to focus on — the virus," she said.

"We have wasted away too much time when we most need each other and most could benefit from working together closely," she added. "The scientific communities on both sides should join hands. We need to come up with a joint U.S.-China task force focused on the virus."

Reflecting on a series of recent events that have dented the bilateral relationship, Ross said, "If you look back at 9/11, 20 years ago, that was a crisis where we did come together, and China showed a great deal of concern for the United States at the time. In this crisis, we are both affected, and I hope we both start to work jointly on the most urgent problem we are facing."