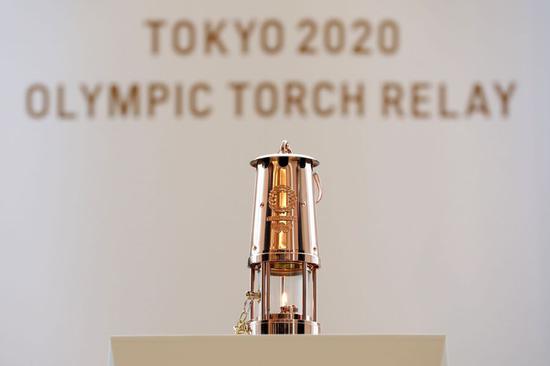 Photo taken April 1, 2020 shows the Olympic flame in a lantern at J-Village in Fukushima Prefecture, Japan. The flame will be on public display from April 2 to 30, due to the postponement of the Tokyo 2020 Olympic Games. (Tokyo 2020/Handout via Xinhua)

The Olympic flame display in northeastern Fukushima will end after only five days as Japan prepares for a state of emergency.

The NHK reported that the Tokyo Olympic organisers decided to stop the flame display after Prime Minister Abe Shinzo declared a state of emergency for Tokyo and six other prefectures on Tuesday.

The order is expected to be in place for about a month.

The flame, which was lit in Greece on March 12, arrived in Japan on March 20 for a torch relay originally scheduled to kick off on March 26 at the J-Village National football center in Fukushima. But the relay was canceled after the postponement of the Olympic Games.

The flame was then put on a month-display at J-Village on April 2. The organizers have decided to display the flame across the country.