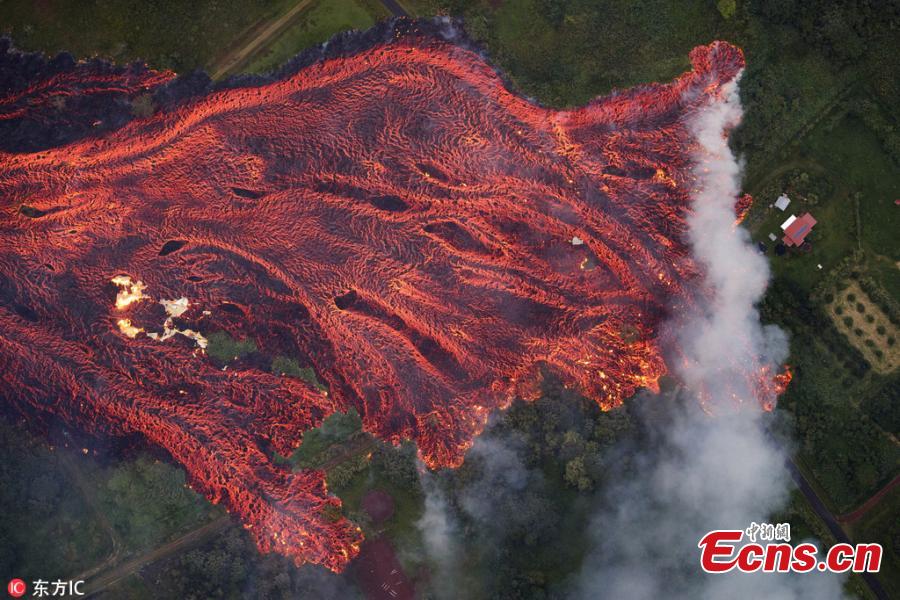 In this May 19, 2018 photo released by the U.S. Geological Survey, lava flows from fissures near Pahoa, Hawaii. Kilauea volcano began erupting more than two weeks ago and has burned dozens of homes, forced people to flee and shot up plumes of steam from its summit that led officials to distribute face masks to protect against ash particles. (Photo/IC)