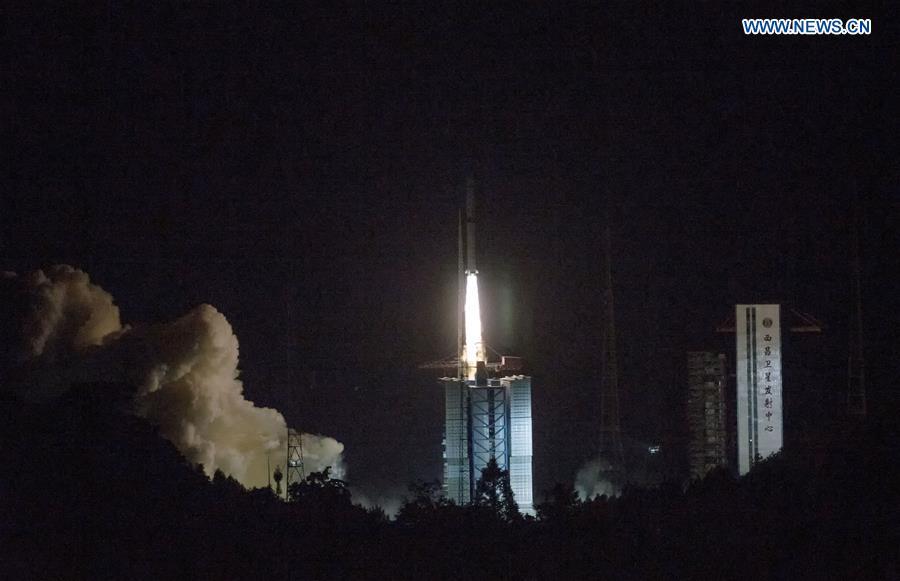 A Long March-4C rocket carrying a relay satellite, named Queqiao (Magpie Bridge), is launched at 5:28 a.m. Beijing Time from southwest China's Xichang Satellite Launch Center, May 21, 2018. China launched a relay satellite early Monday to set up a communication link between Earth and the planned Chang'e-4 lunar probe that will explore the mysterious far side of Moon, which can not be seen from Earth. (Xinhua/Cai Yang)