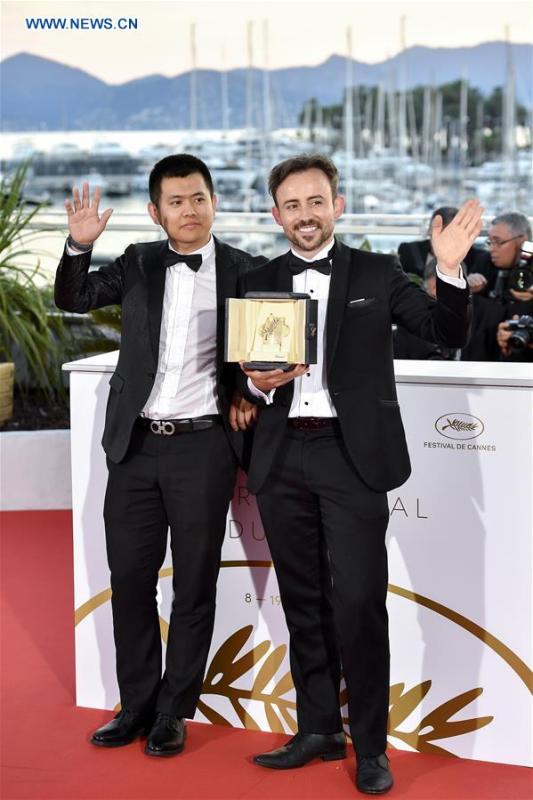 Australian director Charles Williams (R) of the film "All These Creatures" which was awarded the Palme d'or of short films and Chinese director Wei Shujun of the film "On the Border" which was awarded Special Distinction by the Jury pose during a photocall at the 71st Cannes International Film Festival in Cannes, France, on May 19, 2018. The 71st Cannes Film Festival closed on Saturday. (Xinhua/Chen Yichen)