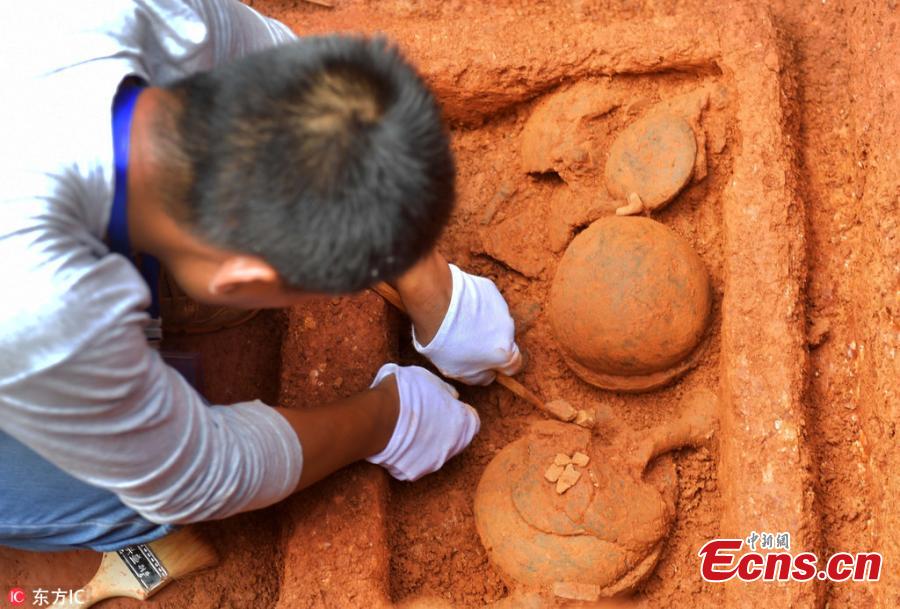 Photo taken on May 8, 2018 shows archeologists at work at tombs found in a former factory in Yiyang City, Central China's Hunan Province. The Hunan Provincial Archelogy Institute held an open day to show the progress made in the excavation since Dec. 2017. More than 400 pieces of relics have been found in 86 tombs, among which 82 were from the late Warring States Period (475 BC - 221 BC). (Photo/IC)