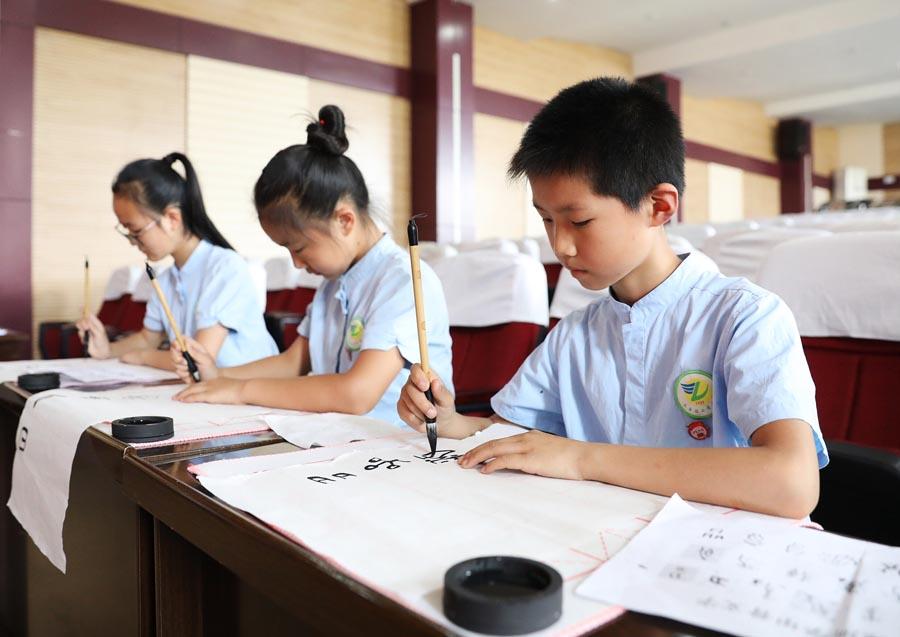 Students at Nankai Primary School in Southwest China's Chongqing practice calligraphy of oracle-bone inscriptions on May 8, 2018. A special course is taught at the school to introduce the ancient language to the younger generation, taking them down memory lane to the Shang Dynasty (c.16th century-11th century BC), when the inscriptions were believed to be made. (Photo/Xinhua)