Jilin business owner donates all her income to public(1/9) 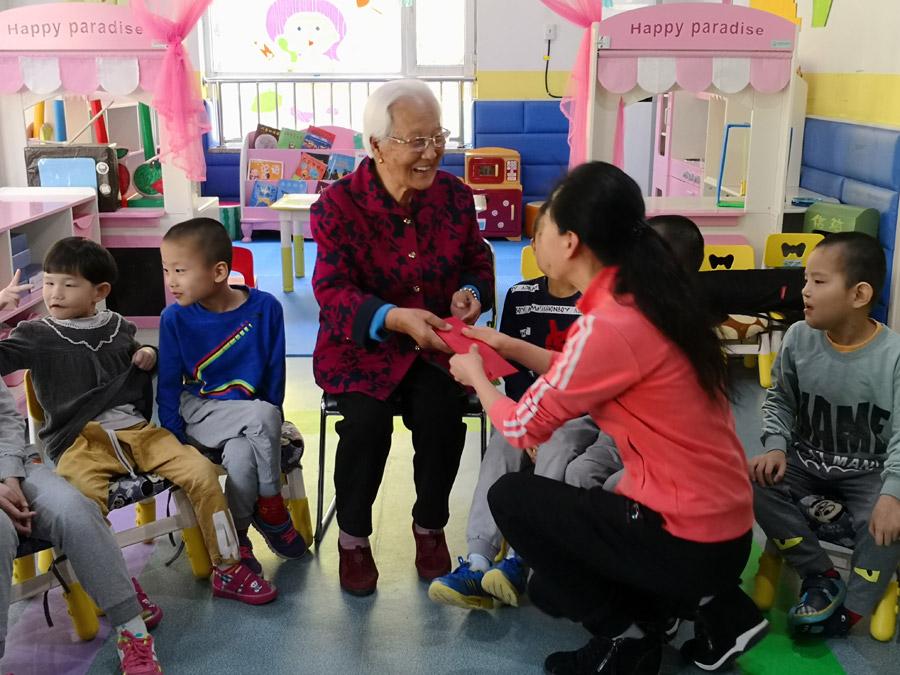 On Tuesday, Jiang Naijun visited the local children welfare house in Changchun, capital of Jilin Province, and donated 10,000 yuan ($1,571) to the children there.

Jiang, 98, who started a small supermarket last year called 97, donates all her income to the public.

In fact, this was the second time for the senior to start a business. Her first was at the age of 66.

After retirement in the late 1980s, she set up an arts and crafts company which has developed into a famous enterprise, producing escutcheons for well-known brands.

"It was really hard at that time, but we persisted and achieved success," she said. "Now the company develops quite well under the management of my son and I want to do more for society."

"It's never too old to start your dream," she added.