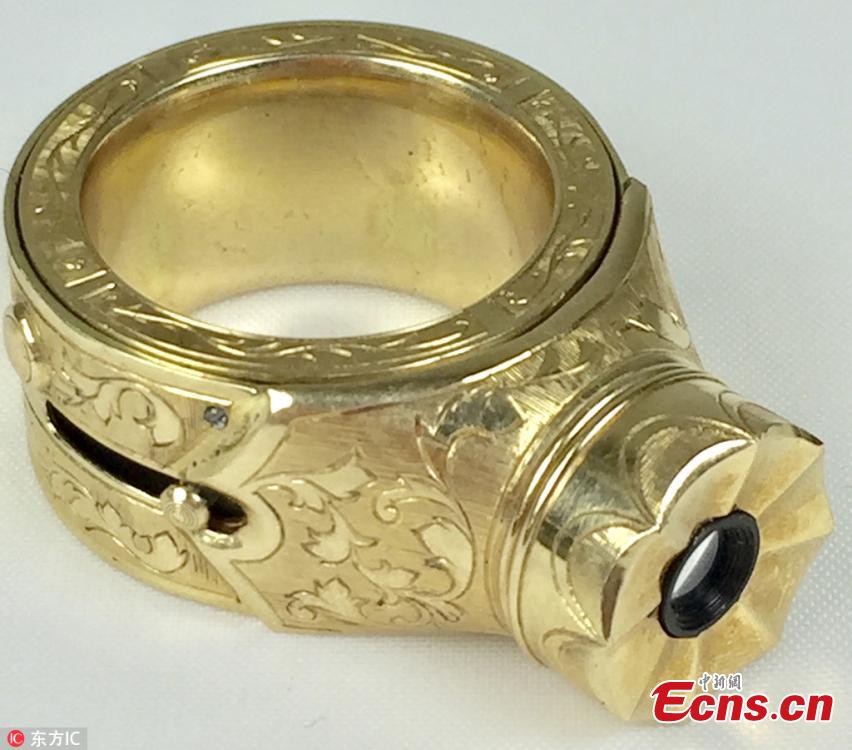 A gold ring priced at $19,490 on eBay is actually an extremely rare Soviet-era spy camera used by the KGB. One of the spy ring cameras made by the KGB, a gold plated version was sold at Christie's in 1991 for about $25,000. This camera, however, is made out of 14K solid gold and weighs approximately 44g. The ring is decorated with detailed engravings and has a crown-shaped bezel that hides the camera lens. It has a variable aperture, a working guillotine shutter, and a film holder that takes 8mm film. (Photo/IC)