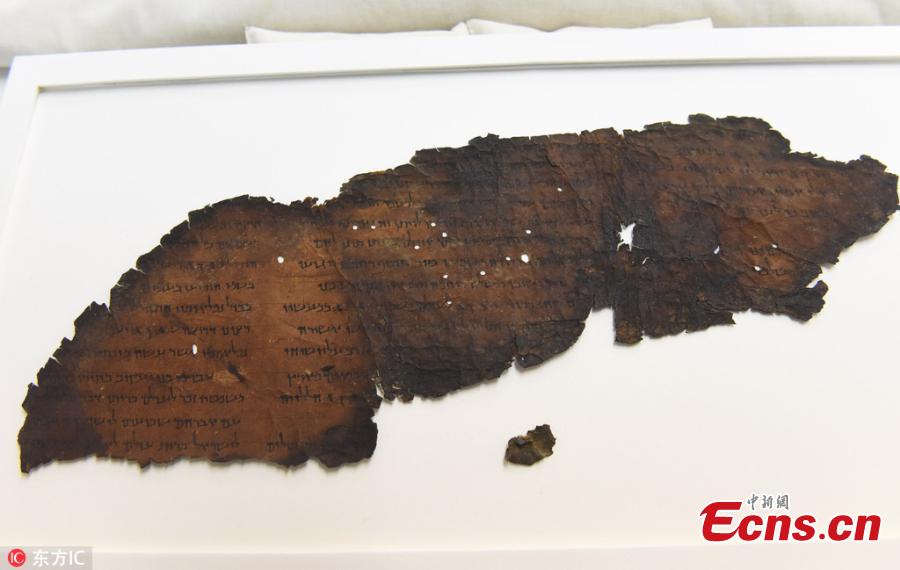 A picture taken on May 2, 2018 at the Israel Antiquities Authority's Dead Sea scrolls conservation laboratory in Jerusalem shows a large fragment of a scroll found in "Cave 11". Previously unseen Dead Sea Scroll fragments, which had been stored in cigar boxes since archaeologists unearthed them in the 1950s, were identified and unveiled at an international conference on Tuesday in honor of the 70th anniversary of the scrolls' discovery in Jerusalem. (Photo/Agencies)