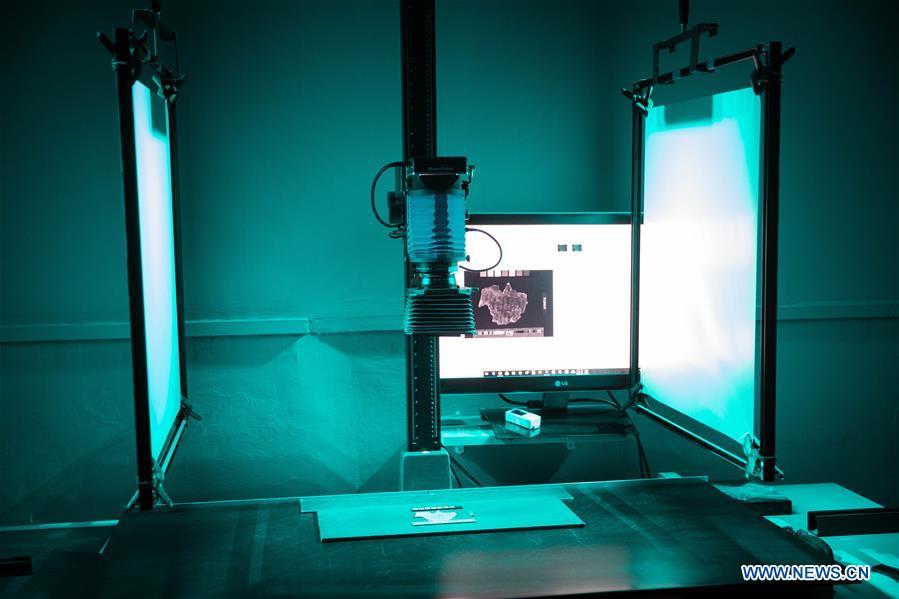 A script's fragment is photographed at the Israel Antiquities Authority (IAA) department in the Israel Museum in Jerusalem, on May 2, 2018. Advanced imaging technology originally developed for NASA has revealed previously unnoticed writing on fragments of the Dead Sea Scrolls, the IAA revealed on Tuesday. Moreover, one of the newly discerned and deciphered passages, written in early Hebrew, hints at the existence of a scroll never found and still unknown to researchers. (Xinhua/JINI)