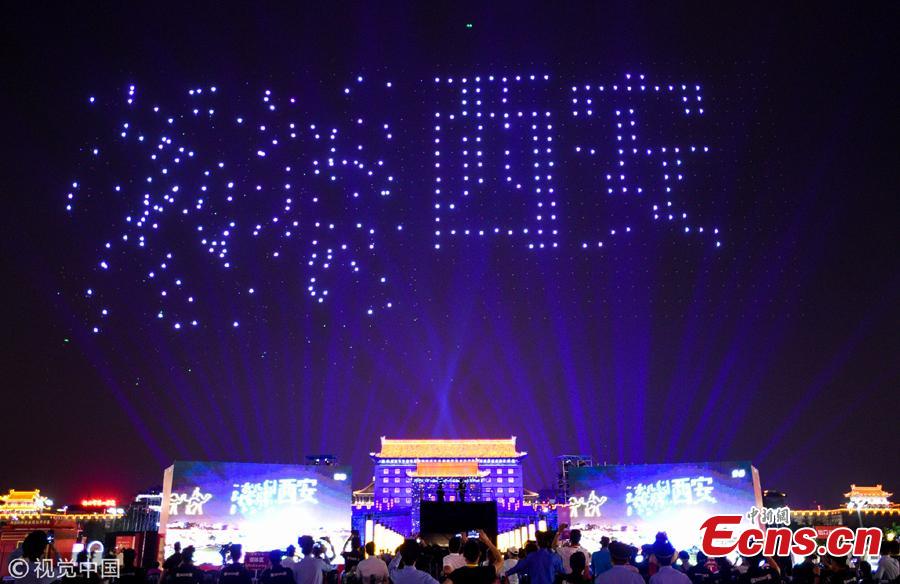 Drones make a formation in the air over the illuminated Yongning Gate in Xi'an City, capital of Northwest China's Shaanxi Province, May 1, 2018. A total of 1,374 drones were used to form various patterns, such as the old city wall and scenes from the Silk Road, in the opening ceremony of a cultural festival named after Xi'an's well-preserved old city wall built during the Ming Dynasty (1368-1644). (Photo/VCG)