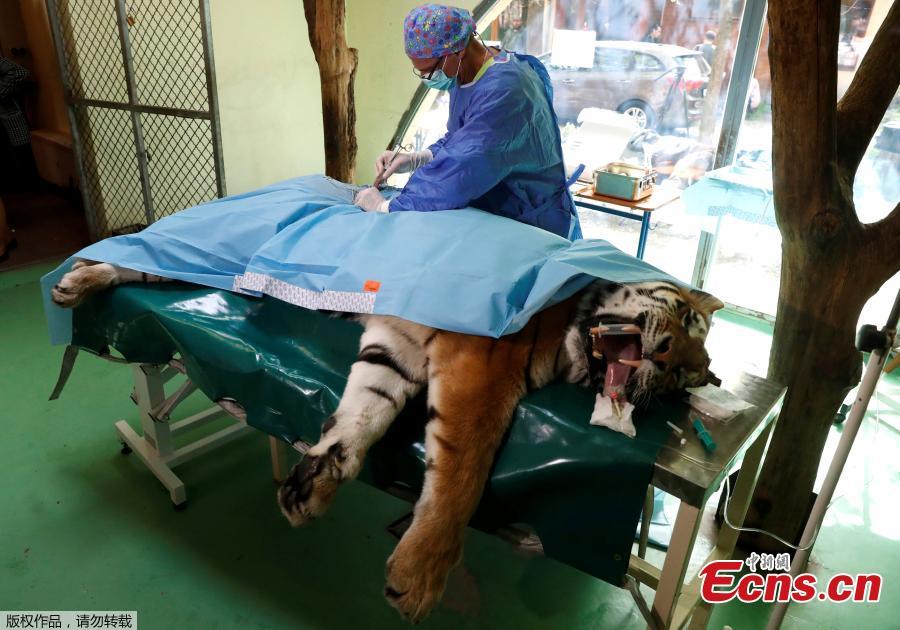 Veterinarian, Robert Gippert performs non invasive stem cell surgery on Igor, the 13 year-old Siberian tiger in Zoo Szeged, Hungary April 18, 2018. Igor, a Siberian tiger at the Szeged Zoo in southern Hungary, was treated with a stem cell treatment procedure for his hip joint here on Wednesday. The 13-year-old carnivore, who had been suffering from joint pains for many years, was treated with a new Lipogems process that has already been successfully used to treat human joints in Hungary. Igor was the world's first Siberian tiger to be treated with the Lipogems stem cell procedure. The process cures the injured joints with a tissue taken from the patient's own fatty tissue, which contains regenerative stem cells. As in the case of people suffering from joint disorder, Igor's hip joint was treated by doctors in a treatment that lasted a day. (Photo/Agencies)