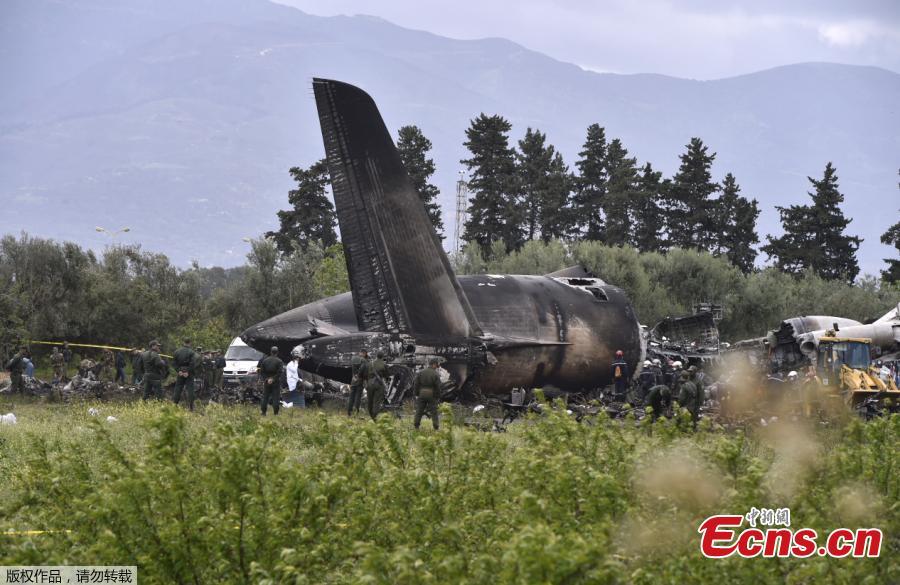 Rescuers are seen around the wreckage of an Algerian army plane which crashed near the Boufarik airbase from where the plane had taken off on April 11, 2018. The Algerian military plane crashed and caught fire killing 257 people, mostly army personnel and members of their families, officials said. (Photo/Agencies)