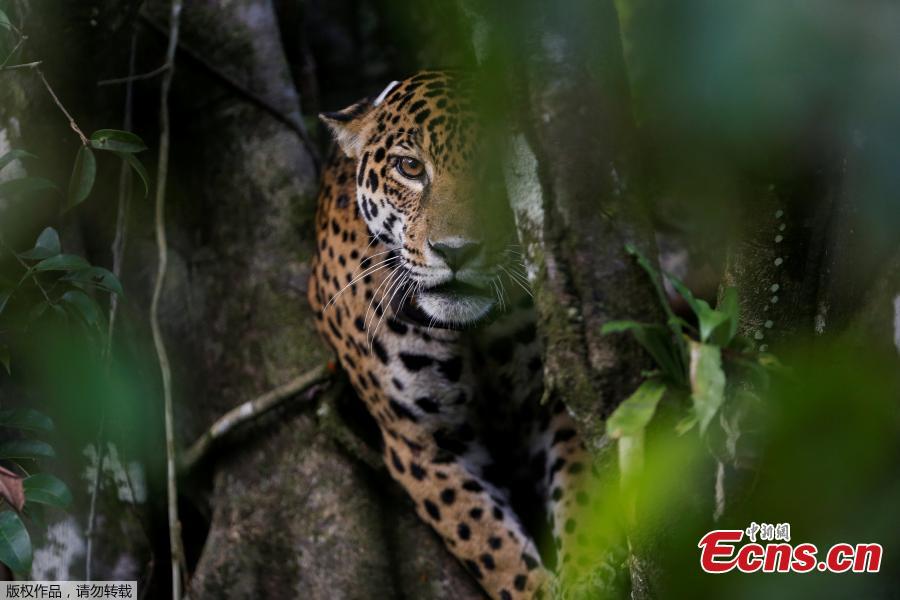 Brazilian jaguars, imperiled by hunters, ranchers and destruction of their habitat, have learned to survive at least one menace - flooding in the Amazon. They take to the trees! Although they can be six feet long and 200 pounds, the largest South American cats nimbly navigate treetops where they stay from April to July when the rainforest floor is under meters-deep water. "It shows that even as a large animal, the jaguar can withstand the flooding - feeding, breeding and raising its young in the treetops for three to four months," says Emiliano Ramalho, the lead researcher for Project Iauarete, which is administered by the Instituto Mamiraua. "This had never been documented before we began researching the jaguars here." (Photo/Agencies)